A West Virginia newspaper ran a doctored front-page photograph on May 15.

The newspaper, Morgantown’s The Dominion Post , Photoshopped three politicians out of a photo of West Virginia Governor Joe Manchin’s signing of a law that will toughen hit and run car accident penalties, West Virginia Public Broadcasting (WVPB) reported May 18.

According to WVPB, the photographer, Martin Valent, said “I’ve never seen anything like this on a newsworthy article like this, never. This is beyond my comprehension.” He concluded: “That’s beyond the press standards in my opinion. A photo is a photo-it is the reality. It represents what is being captured.”

WVPB reported that The Dominion Post’s editor, Geri Ferrara, said the newspaper’s policy is to not publish candidates running for re-election during that season.

Funny, because ABC-affiliate WCHS reported May 19 that The Dominion Post ran a photo of 1st district congressional candidate Mike Oliverio on its front page May 11. Maybe the newspaper’s policy isn’t so strict?

The newspaper did disclose that it was an illustration, WVPB reported.

WVPB reported that Valent said the newspaper “apologized but reiterated its policy to him.”

Visual Editors reported May 19  “More importantly than any arbitrary policy on her part — or on the part of her publisher — this kind of photomanipulation is unethical. Period. Regardless of a disclaimer in the caption.”

The Rural Blog noted that “SPJ President Kevin Smith, a former Dominion Post employee, says in a comment on this item that the paper ‘is lying to the readers.'”

In the comment, Smith said the newspaper could have just not run the photo instead of doctoring it.  “The decision to run this altered photo shows to me deliberate forethought and an complete disgreard for presenting this story in a truthful, ethical manner to the paper’s readers,” Smith wrote in the comment.

Caputo was one of the bill’s sponsors.  His daughter went to high school with the namesake of the bill, Erin Keener, the Charleston Gazette reported. Keener died in a hit-and-run accident in 2005.

According to Mondo Times, The Dominion Post is a daily newspaper with a circulation of 22,792, and is owned by West Virginia Newspaper Publishing Company

StinkyJournalism has contacted Valent and Ferrara and will report any response. 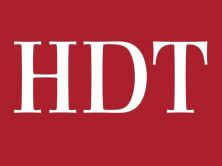