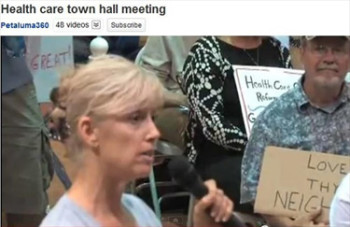 Two recent polls by CNN and CBS News on the health care law enacted in early 2010 provide counter-intuitive insights into public opinion on this issue: “Opposition” doesn’t necessarily mean what we think; and most people don’t have strong opinions one way or the other on the new law.

You might assume that by now, the vast majority of people in the United States would have a fixed opinion on that health care law, given the humongous media coverage it has received. And sure enough, a recent CNN poll, conducted June 3-7, reported that 95% of Americans had an opinion on the law, while a CBS News poll, also conducted June 3-7, found 85% with an opinion.

As the chart makes clear, both polls seem to show that on balance, more Americans oppose/disapprove of the new healthcare law than favor/approve it. But each poll approached the subject a bit differently, providing insights that contradict these initial findings.

CNN Poll – Why People Are Opposed

“As you may know, a bill that makes major changes to the country’s health care system became law last year. Based on what you have read or heard about that legislation, do you generally favor or generally oppose it?”

Among the 56% of respondents who said they opposed the changes, CNN asked:

The 14% group is interesting, because instead of being opposed to too much government involvement, this group wants the government to do more in the area of healthcare coverage. This group could include people who favor a single-payer program, along the lines of Medicare, as well as other people who want to provide more benefits rather than fewer.

My assumption is that all, or virtually all, of these respondents would prefer the “imperfect” healthcare law that was passed to not having any new law at all. Still, to be precise, the follow-up question would be instructive.

The CNN follow-up question is key to understanding why polls do not show majorities in favor of repealing the new healthcare law, despite showing either a plurality or majority in opposition to the law.

A recent poll by the Kaiser Family Foundation, for example, conducted May 12-17, asked:

“What would you like to see Congress do when it comes to the health care law?

A majority, 51%, wanted either to expand the law or keep it as is.

That same poll also asked if respondents approved or disapproved of “cutting off funding [of the new healthcare law] as a way to stop some or all of health reform from being put into place?” By 63% to 33%, respondents opposed cutting funding for the law.

In the previous month, April, CNN had also asked whether lawmakers should cut funds for the law as a way to curtail it:

The lesson here is that questions that measure “opposition” to policies, without also measuring the reasons for that opposition, can produce a misleading picture of public opinion. The reason some “opponents” of the new healthcare policy don’t want the law repealed is that, whatever its shortcomings, it’s apparently better than no law at all.  That nuance gets lost in most reports of polls that show majority opposition to the law.

There is another very different way of viewing public opinion on healthcare — by examining how strongly people feel about their views.

These results suggest that less than half the public has “strong” views either way on the healthcare issue (14% who approve and 33% who disapprove). Is that possible? Or am I treating the “somewhat” responses too lightly?

Last year, my colleague, Andrew Smith, Director of the University of New Hampshire Survey Center, and I reported on some polling experiments conducted by the center. We showed that when people say they don’t feel strongly about an issue, that essentially means they would not be upset if the opposite actually happened.*

That is not as radical as it might sound. On most issues, a significant plurality, if not majority, of the public simply doesn’t have an opinion as to which course of action might be best. People in general are quite willing to defer to elected leaders to make such decisions. After all, that’s how a representative system of government is supposed to operate.

Of course, in poll interviews, when pressed to come up with an opinion, respondents will do so, making it appear as though most people have fixed views on the matter. A more realistic picture of the public is to recognize that “weakly” held views are not the foundation of the public will, but rather a whimsical response that needs to be recognized for what it is – essentially “non-opinion.”

With that in mind, the next graph contrasts the CBS poll results as initially reported with a more realistic picture of what Americans are actually thinking.

The right graph shows that there is a core of opponents, about a third of the public, who disapprove of the new healthcare law, while less than half that number – just 14% — strongly support the law. A majority, about 53%, don’t feel strongly one way or the other.

What these results suggest is that most Americans are taking a wait-and-see attitude about the healthcare changes, their support or opposition not to be taken for granted. Perhaps that’s why other polls don’t show a majority of Americans willing to repeal the law right away, or cut funding for it.

As this discussion makes clear, published poll results are not always what they seem.

*“Measuring Intensity of Opinion,” by David W. Moore and Andrew E. Smith, Paper presented at the Annual Meeting of the American Association for Public Opinion Research, Chicago, Illinois, May 13, 2010