Who Will Americans Blame for Government Shutdown? What the Polls Say...

Who Will Americans Blame for Government Shutdown? What the Polls Say… 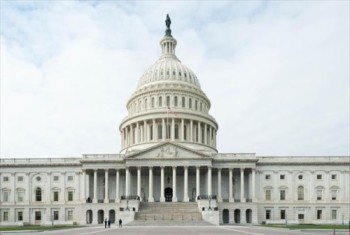 UPDATE: 10/4/2013 9:55 PM EST:  A new CBS News poll, conducted in the two days immediately after the shutdown, finds Americans are more likely to blame Republicans than Obama and the Democrats, 44% to 35% — the same percentages reported before the shutdown reflecting what Americans would think if a shutdown occurred (see the graph below).

There is still a major disconnect between the public’s view of who is to blame, and the public’s view of what is an acceptable negotiation strategy. By 72% to 25%, the new poll shows that Americans disapprove of “shutting down the government over differences about the 2010 health care law,” though that is exactly what caused the Republicans to refuse to vote for a continuing resolution (CR) that would have kept the government running. Despite this 47-point negative margin, there is only a 9-point margin against the GOP.

Gallup and Fox have also released post-shutdown polls, but both avoid the hard question: Who do Americans blame more?

EARLIER: 10/2/2013 6:07 PM EST:  As of this posting, no polls have yet reported who Americans blame more for the government shutdown that began Tuesday morning. But three polls attempted to predict what the public’s reaction would be.

A CNN/ORC poll, conducted right before the Tuesday morning shutdown, revealed that 46% of Americans would blame Republicans, while 36% would blame Obama, and 13% would blame both.

A Pew poll, conducted about a week earlier, however, suggested the public would be almost evenly divided, with 39% blaming Republicans, 36% the Obama administration, and another 17% blaming both.

On the other hand, a CBS/New York Times poll, conducted about the same time as the Pew poll, found results similar to CNN’s, reporting that 44% of Americans more likely to blame Republicans, while 35% were more likely to blame Obama and the Democrats, with 16% blaming both groups equally.

In assessing these results, it’s worth noting that most people hadn’t been following the issue very closely. Of course, as the shutdown continues, more and more people presumably will pay attention.

But prior to shutdown, a Pew poll (p. 2) found just 25% following budget negotiations (to avoid a government shutdown) “very closely,” with another 24% following the issue “fairly closely.” That leaves 51% of Americans not paying much or any attention.

The widespread lack of attention could account for what appears to be significant inconsistencies in poll results.

As the graph above reveals, Americans are a little more likely to blame Republicans than Democrats for the shutdown. Yet, Americans are overwhelmingly opposed to shutting down the government in order to get rid of Obamacare.

A CBS/New York Times poll found 80% of Americans saying that threatening a government shutdown was an unacceptable strategy in budget negotiations, with only 16% finding it acceptable. And the latest Quinnipiac poll reports more than 3-to-1 opposition (72% to 22%) to shutting down the federal government in order to stop Obamacare.

If a large majority of the public is, in principle, opposed to shutting down the government to stop Obamacare, why don’t more Americans blame the Republicans? As the shutdown continues and the public becomes more aware of the what the issue is all about, we would expect more consistency in the polling results.

Over the next several days, we can expect that either more Americans will become positive about using a government shutdown as a means of opposing Obamacare, or they will be more willing to blame Republicans for using this strategy to shut down the government. Given the 1995 experience, the latter development seems more likely.

Who Will Americans Blame for Government Shutdown? What the Polls Say…