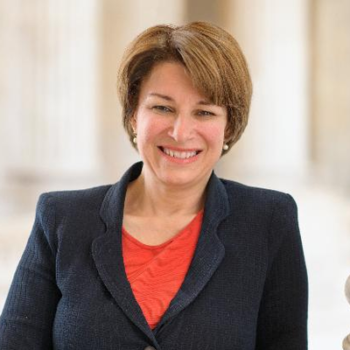 MSNBC’s Kasie Hunt tweeted a correction after calling Senators James Eastland and Hermand Talmadge Republicans on air. Her on-air statement, according to the Inependent Journal Review read, ““Joe Biden references his relationships with two former Republican colleagues at an event in NYC. The only problem? They were both segregationists.”

Hunt tweeted a correction reads: “Earlier today, I inaccurately said Sens. James Eastland & Herman Talmadge were Republicans. They were, of course, both Democrats. We regret the error. We’ll make sure to correct it on the show tomorrow, but wanted to correct the record here in the meantime.”

The Guardian apologized in late June for using the wrong picture with a story on the death of a bishop jailed for sexual abuse. The June 24 correction reads:

“We used the wrong picture to illustrate a story about the death of the former Anglican bishop Peter Ball (Ex-bishop who was jailed for sexual abuse dies aged 87, 24 June, page 18). The image was not of Ball, as the caption said, but of the former archbishop of Canterbury George Carey. We would like to apologise for the error.”

A May 21 Daily Mail correction:

“An article on 17 January wrongly stated that Dr Daud Abdullah had told the BBC that he was ‘prepared to blow himself up in a suicide attack’ in support of the Palestinian cause. We are happy to clarify that Dr Abdullah did not say this and that he does not hold this view. We apologise for the error.”

4. The New York Times grossly understated Sen. Amy Klobuchar’s record the past few years. She has “sponsored or contributed to” 34 bills that became law in the current administration, but the Times originally said that figure was six.

“An article on Page 22 about the 2020 Democratic presidential candidates misstates the number of bills Senator Amy Klobuchar of Minnesota has sponsored or contributed to that became law under President Trump. It is 34, not six.”

Corrected the description of the New York Times correction — the Times’ error understated, not overstated Sen. Klobuchar’s record. The Times’ correction said that the correct figure Sen. Klobuchar “sponsored or contributed to” 34 bills made law under Pres. Trump. We regret the error.