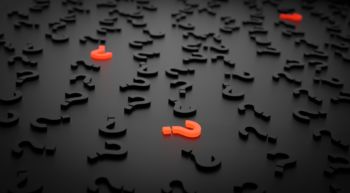 A recent news release by the Chicago Council on Global Affairs (CCGA) announces that “Democrats, Republicans Support Alliances, Disagree on International Organizations.” The report is part of the larger CCGA annual poll, the last one conducted in July 2020.

One of its major findings is that the American public continues to favor the United States taking “an active part in world affairs” (68%) rather than “staying out of world affairs” (30%).

A similar pattern of responses is found about our alliances in East Asia and the Middle East, with about six in ten Americans believing the alliances are mutually beneficial or beneficial to the U.S., and less than one fifth believing they benefit only our allies.

The findings could indicate that Americans simply don’t recognize what’s happening in the world at large. That is the opinion of Brian Klaas in the Washington Post two years ago, when he referred to a poll that showed 75% of Americans believing the U.S. relationship with Germany was “good” or “very good,” despite tensions between Chancellor Angela Merkle and Trump. By contrast, 64% of Germans felt the U.S. relationship with Germany was “bad” or “very bad.” In Klaas’ views, “Americans are blind to this alarming shift.”

This example raises the question of what we should make of the overall results.

One thing we know is that numerous surveys over the years have confirmed that large numbers of Americans simply don’t know much about foreign policy. Given this information, it seems counterintuitive that the CCGA poll finds the vast majority of Americans with meaningful opinions on all sorts of foreign policy issues.

Besides the general question about U.S. participation in world affairs, and the questions about U.S. alliances in Europe, East Asia and the Middle East, the poll also asked several questions dealing with U.S. policy goals:

“Should the following countries and international organizations be more involved, less involved, or as involved as they are now in addressing the world’s problems?”

Forced-Choice Questions Produce the Illusion of an Informed Public

The questions demand that respondents know a tremendous amount of information about international politics in order to make meaningful answers. I challenge readers of this post to make your own assessments of each item.

You will have to be aware of what has been happening for each of the 19 items, how effective each approach has been, and what changes if any are needed in the future. The poll seems to assume that the public is that deeply engaged in foreign policy issues.

And, at first glance, it might appear that the public is indeed quite informed.

On most questions, about 95% to 100% of respondents express an opinion. On a few questions, the percentages are “only” about 85% or so.

Yet, it’s hard to reconcile those percentages with what we know about the American public’s actual disengagement from news about foreign policy.

How does the CCGA poll obtain such extensive responses?

One way is by pressuring respondents to choose one or another of the choices offered, using forced-choice questions (ones that do not provide an explicit “don’t know” option in the question itself).

Another is simply the context. As the report noted, the poll “was conducted July 2–19, 2020, by Ipsos using its large-scale nationwide online research panel.” People agree to be on the panel for some kind of incentive, and they are expected to participate in a certain number of polls. The very fact that they are part of the panel is itself pressure on respondents to provide answers.

It’s very possible, for example, that an average American citizen could respond “don’t know” to most or all of the questions listed above, given how much knowledge one needs in order to make an informed judgment. But that’s not what panel respondents are supposed to do. They are supposed to answer questions. And – they do. Regardless of whether they know anything about the issue.

But we should be skeptical about taking the answers seriously as a reflection of the general public, which is far less engaged and opinionated on foreign issues than what the CCGA survey indicates.

Despite the wide-ranging issues covered by the CCGA survey, our political leaders need not look at the results for a detailed guide to American foreign policy.