Will German Newspaper Publish President's Voicemail after claiming he tried to Block a story?

Will German Newspaper Publish President’s Voicemail after claiming he tried to Block a story? 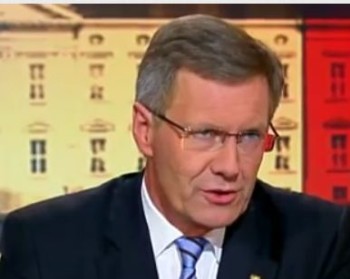 German president Christian Wulff apologized for his “angry call” to Bild‘s editor Kai Diekmann and described the call a “serious mistake” in an interview with ARD and ZDF television, according to the Associated Press.  (See here Wulff’s apology in the interview.)

Bild is Germany’s “most popular newspaper,” according to the BBC.  MondoTimes reports that Bild is a daily German newspaper with a 3.5 million circulation.

According to a Jan. 5 New York Times article, Wulff called Bild “threatening ‘war’ if the paper went ahead with” an article about Wulff.   Der Spiegel explained Wulff’s call was on Dec. 12 and Wulff also “threatened to take legal action against the Bild journalists.”  According to the New York Times, Wulff denied that he was trying to block publication, but “merely…delay the report for one day while he was traveling.”

Wulff’s calls were in response to these   questions.  The article was about a “private loan that Mr. Wulff received from the wife of a wealthy friend while he was governor or Lower Saxony.”  Bild did publish the story on Dec. 13, which Wulff “denied” the allegations of the loan.  Reuters reported that Wulff’s “failing to disclose details” of the loan has prompted “intense pressure” and “calls for his resignation from the media and opposition lawmakers.”

Bild wanted to “publish a transcript” of the phone message from Wulff to prove what Bild said was an attempt to block — not delay — publication, but Wulff rejected the request. (According to the New York Times, Bild needed Wulff’s OK to publish the transcript because of “German laws regarding the privacy of personal communications.”)

Wulff expalined in an “open letter” that he wouldn’t give the OK because “The words that were spoken in an exceptionally emotional situation were intended for you and no one else.  I apologized to you shortly afterwards. You accepted this apology. That put an end to the dispute between us, and I believe that it should remain so.”  (The open letter is published here in German.)

We have written to Bild asking if it will publish the voicemail and Wulff’s office seeking comment and will update with any response.

Will German Newspaper Publish President’s Voicemail after claiming he tried to Block a story?