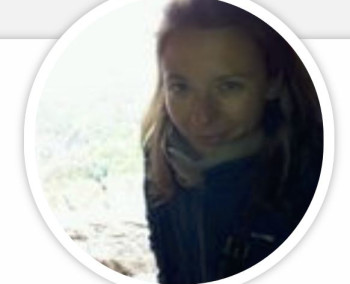 CNN fired news editor Marie-Louise Gumuchian for plagiarism in “about 50 published stories,” according to an editor’s note posted on CNN’s website May 16.

CNN explained how the plagiarism was detected: “An unpublished story flagged last week during our editing process led to an internal investigation that uncovered other examples in about 50 published stories, and our investigation is ongoing,” the editor’s note stated.

The Washington Post’s Erik Wemple reported that one of his anonymous sources at CNN said there were “128 separate instances of plagiarism” in the 50 articles, which were written during her approximately six months at CNN.

According to CNN, it has edited the stories in question to remove the plagiarism or unpublished the article in full. CNN explained:

“We’ve terminated Gumuchian’s employment with CNN, and have removed the instances of plagiarism found in her pieces. In some cases, we’ve chosen to delete an entire article.”

In at least one case, CNN has published a note in place of the deleted story, Poynter’s Craig Silverman reported. One note reads: “(CNN) – This article has been removed after CNN discovered multiple instances of plagiarism in this story.”

iMediaEthics asked CNN why some articles were unpublished and others were just edited down. We also asked if every article that was affected now carries an editor’s note explaining what went wrong.

CNN’s Matt Dornic told iMediaEthics via e-mail, “The articles we removed contained such a substantial amount of lifted content that they were not salvageable.”

“Every affected article was tagged with an editor’s note,” he said.

CNN apologized for the plagiarism in the editor’s note, which was signed by three CNN executives:

CNN added in its statement, “Trust, integrity and simply giving credit where it’s due are among the tenets of journalism we hold dear, and we regret that we published material that did not reflect those essential standards.”

The Washington Post‘s Wemple’s anonymous source provided more details of the investigation into Gumuchian’s work, which was prompted by a copy editor’s “routine editing check” and then plagiarism software. Wemple reported:

“Here’s a noteworthy aspect of this case: CNN received no complaints about the plagiarism, according to a CNN source. Instead, it was discovered last Thursday in a routine editing check. From there, CNN ran the material through plagiarism-flagging software, according to the CNN source. That initial scan, says the source, turned up ‘two or three things,’ which caused a deeper examination of ‘all of her work.’ That uncovered an ‘insane’ number of problems, according to the source.”

Poynter’s Silverman reported, based on an anonymous source, that Gumuchian “primarily lifted from her old employer, Reuters.”

“While employed by Reuters we were not aware of any concerns raised about Ms. Gamuchian’s work. However in light of press reports we are reviewing her stories.”

Gumuchian’s MuckRack profile has been deleted, as has her Twitter account, according to Mashable, which said Gumuchian worked for Reuters for about six years. Her LinkedIn profile, which still lists her as a Reuters employee, doesn’t contain any contact information.