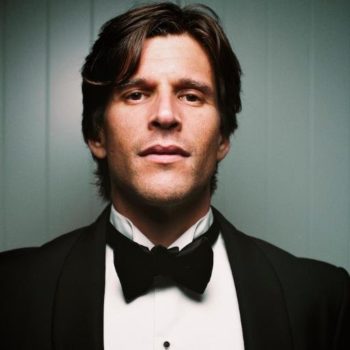 The Daily Mail Australia mocked the host of Australia’s version of the reality TV show The Bachelor for gaining weight after receiving secretly taken photographs of him shirtless on Bali, Indonesia.

The photos were taken when the host, Osher Gunsberg (also known as Andrew G), was in a remote village on a day off from filming.

Was it fair game? At the time of publication, Gunsberg called the photos and story “nothing short of bullying.”

Gunsberg  complained to the Australian Press Council over the Sept. 5, 2016 article, which also contained the offending photographs, and the references to his “Bali belly,” “portly frame” and messy hair.  Gunsberg complained the report didn’t allow him a chance to comment before publication, invaded his privacy, and distressed him.

He also alleged the photos were taken unfairly. He was photographed while changing from his wet suit on a side street in a remote village and walking to a boat. He never saw the camera or the photographer taking the shots.

“I welcome the release of the Australian Press Council findings today that acknowledge that everyone has a right to some level of privacy,” Gunsberg told iMediaEthics by e-mail this week. “It was important to me to make a stand, regardless of the outcome.”

iMediaEthics has written to the Daily Mail Australia to ask if the ruling will affect how it reports on celebrities and public figures. The Daily Mail is published by DMG Media.

Gunsberg explained to the press council he hadn’t previously been photographed without a shirt and that his weight gain was due to side effects from a medication he was taking for a “mental illness.” Further, Gunsberg noted he previously had given interviews about weight and mental illness so the Daily Mail Australia should have been more sensitive.

Gunsberg said he didn’t complain directly to the Daily Mail Australia after the article because he didn’t want the publication to manipulate the complaint for further humiliation or traffic.

The Daily Mail Australia, however, defended its article as “light-hearted” and denied it was trying to insult him, the press council reported.

The site continued to excuse its article as fair, arguing Gunsberg is a public figure even when off the clock and has publicly discussed his weight in the past.

The Daily Mail Australia‘s excuses went even further. “It said every celebrity knows they are open to being photographed and it is not reasonable to think the complainant would be ‘blindsided’ by being photographed,” according to the press council’s description. The press council disagreed with the Mail that photos of a public figure are always fair game and denied the photos were in the public interest.

“Given the fairly remote location, the care exercised by the complainant in the past to not be photographed shirtless, his lack of alternatives in the circumstances and the covert nature of the photographs, he retained a reasonable expectation of privacy which was intruded upon by the photographs and the references to ‘Bali belly,'” the council ruled.

The Daily Mail Australia went too far by making fun of Gunsberg’s weight. “By referring to ‘Bali belly’, and using the photographs in the manner it did, the article went beyond those matters to ridicule the consequences of his mental illness medication and was likely to cause substantial offence or distress to the complainant for concerns he acknowledged,” the council stated.

The press council did reject Gunsberg’s two other complaints — alleging the article was unfair because information was left out,  and that the photos were taken using deception.