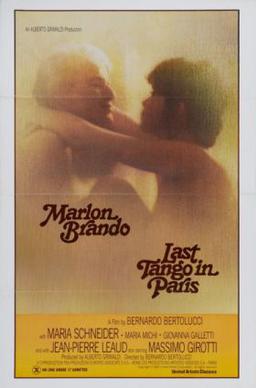 NPR’s Fresh Air fired film critic David Edelstein after he made a comment in a Facebook post about the rape scene in Last Tango in Paris. Edelstein’s post, in the wake of the death of Bernardo Bertolucci, Last Tango in Paris director, showed a screenshot of the scene in which a character portrayed by actress Maria Schneider was raped using butter, and added the caption “Even grief is better with butter.”

“Today we learned about film critic David Edelstein’s Facebook post in response to the death of film director Bernardo Bertolucci,” NPR’s Fresh Air said in a statement posted on Twitter. “The post is offensive and unacceptable, especially given actress Maria Schneider’s experience during the filming of ‘Last Tango in Paris.’ The post does not meet the standards that we expect from Fresh Air contributors, or from journalists associated with WHYY or NPR. We appreciate the apology David posted, but we have decided to end Fresh Air’s association with him, and have informed David accordingly.”

An NPR spokesperson told iMediaEthics the decision was made by Philadelphia NPR-affiliate WHYY; a WHYY spokesperson pointed to its statement. iMediaEthics has sent Edelstein a message via Facebook seeking further comment.

Edelstein said in a statement, according to USA Today that “To my embarrassment, I was not aware of Maria Schneider’s comments about the making of ‘Last Tango in Paris.’ I now realize the joke was in poor taste and have removed it, and apologize for the remark.”

Variety noted, “Earlier this month, Edelstein garnered ire for his review of the movie “Green Book,” starring Mahershala Ali and Viggo Mortensen. “The movie taps into a kind of nostalgia for when everything — even racism — seemed simpler,” Edelstein wrote. He later apologized and updated the review, saying he didn’t mean to imply that he was nostalgic for an era when racism was more “pervasive and deadly than it is today.”

*warning: rape JFC, David Edelstein. All day I’ve avoided noting this mans death precisely because of this moment in which a sexual assault of an actress was intentionally captured on film. And this asshole makes it into this joke. Fire him. Immediately. pic.twitter.com/NOITGeb7EY