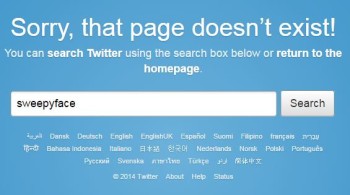 Sky News outed a woman named Brenda Leyland as running a Twitter account that tweeted abusive comments toward Kate and Gerry McCann, the parents of Madeline McCann, who went missing in 2007 during a family vacation to Portugal.

After Sky News identified Leyland as the tweeter @sweepyface, she left her home and was found dead Oct. 4. An inquest determined “there was no foul play,” but cause of death was undetermined, the BBC reported.

In the on-camera interview with Sky News, apparently outside her home, Leyland said she didn’t want to talk about her Twitter and that she was going out. When asked why she attacks the McCanns on Twitter, she said, “I’m entitled to,” and that she is not concerned about a police investigation.

Following Leyland’s death, the Sky News reporter Martin Brunt stood by his reporting, commenting that he didn’t harass her. “Show me where I stalked, chased. There was none of that,” he said, according to the Guardian.

Sky News issued a statement to the Guardian: “We were saddened to hear of the death of Brenda Leyland. It would be inappropriate to speculate or comment further at this time.”

Leyland, 63, claimed in her Twitter posts that  Kate McCann “lies compulsively, every detail, every emotion is a lie.” She alleged that “the McCanns may be complicit in Madeleines fate” and called for them to suffer “for the rest of their miserable lives,” the Guardian reported.

According to the Daily Mail, Leyland “began tweeting about the case in December 2010…and since then she sent 4,625 messages, almost all of which were about the McCanns.”

“This year alone she had sent 2,136 tweets and on some days she would send more than 50 messages attacking the McCanns’ behaviour, including their use of public donations and their decision to sue their critics,” the Mail reported. Her Twitter account has been taken down.

OfCom may investigate Sky News’ reporting on Leyland. The broadcast regulator has received 100 complaints as of Oct. 8, a spokesperson told iMediaEthics.  “We are currently assessing complaints, before deciding whether or not to open an investigation,” the spokesperson said.

The McCanns said they hadn’t seen Leyland’s tweets but that in general the comments attacking their family were out of line. Gerry McCann called for “more people to be charged” over online abuse against his family, the Telegraph reported.

He added that the “upsetting” comments online made him wary of letting his other children online and that “some of the internet trolling is fuelled partly by the newspaper reporting.”  McCann said.

“We do not have any significant presence on social media or online and I’ve got grave concerns about our children as they grow up and start to access the internet in an unsupervised capacity.

Roy Greenslade, writing for the London Evening Standard, argued that Sky News’ reporting on Leyland “was justified” and it was unfair to attack Sky News and its reporter for doing so.

Greenslade noted that doorstepping — when a journalist shows up at someone’s home unexpected for an interview — is an acceptable practice in British journalism, and that what was odd about the Sky News report was that it was live. Greenslade commented:

“The unusual aspect in the Sky News case is that it took place during a live broadcast. Although Brunt did not reveal Leyland’s identity or the location of her home, her face was, of course, seen on screen. That’s identification enough.

“The case raises ethical problems because the broadcaster could not have known her mental and emotional state. It would surely have been better to have run an edited version rather than carry it live.

“That said, the result would not have been very different unless Sky News’s editors had decided, given the time to debate the matter, that it would have been appropriate to pixellate her face.”

Greenslade added that Brunt “properly reported on Leyland’s vitriolic Twitter campaign,” which was worthy of reporting, especially as her tweets were clearly bullying on a public account.

The McCanns won a libel settlement from the Sunday Times over its claims that they kept information about their daughter’s disappearance away from the police, as iMediaEthics previously reported.

UK media has still *not* reported who the “concerned internet users” are, who compiled the #McCann report > #BrendaLeyland @skynews @cpsuk

Brenda Leyland a so called troll of the McCann’s found dead.Trolling is no good but is this a case of media pressure resulting in her death?
— Lord Sugar (@Lord_Sugar) October 6, 2014

There are thousands of people all over the world who have negative opinions on the #McCanns @SkyNews ….who’s next? #BrendaLeyland