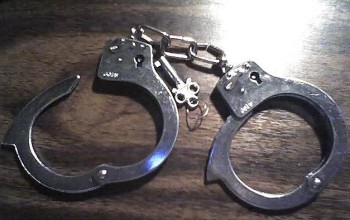 The student newspapers for the University of Connecticut and Ohio’s Miami University have stopped including names in police blotters, Poynter reported.

The Daily Campus published a short explanation of why it stopped using names, according to Poynter. It reads:

However, Poynter said the paper didn’t define what a “high-profile” crime is, among other outstanding questions. iMediaEthics is writing to ask.

The Miami Student lists its practice on its website, iMediaEthics notes. It says the newspaper unpublishes police blotter articles each semester. The policy states in part:

“There are a few instances in which changes to the website will be made, even if there were not factual inaccuracies. This includes the Police Briefs section – if students manage to expunge the offense from their record and can offer proof to The Miami Student, the webmaster will remove that passage from the website and mark its removal with an editor’s note. In addition, all Police Beat files will be cleared at the end of each semester.”

In addition, The Miami Student published an Oct. 8 editorial on its website that discloses the paper’s practice of not naming the arrested but may still include information that could make people recognizable like “gender, year in school, major or any more general information or demographics included.”

The editorial, “Drunk, adolescent antics will now go unnamed in Police Beat,” explains the newspaper decided to stop using student names “after consulting with multiple parties” such as the local police and university officials.  It went on to explain the impact of the police blottters on college students’ future.

“The Police Beat has served as a mainly anecdotal installment in the Community section for years, which brings us to our next point. Students come to Miami University with the intention of making their way into the real world after they graduate. They are here to make a name for themselves and get a job.

“We do not want students to start off in the professional world with a publicized criminal record that may have simply been the result of a stupid mistake they made their first year of college during the first time they were away from home.

Further, The Miami Student noted it wasn’t fair to attach mistakes to students forever.  “Though there is no real excuse for breaking a law, we have no real excuse for printing their names along with their crimes with the product being a snappy vignette,” it said.