2 Inside Looks at Public Editor Jobs 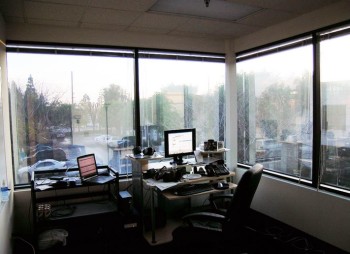 This week, both National Public Radio and the Toronto Star let readers know more about their public editor jobs.

Elizabeth Jensen, who became NPR’s ombudsman earlier this year, wrote that she likes being called public editor over ombudsman “mostly because it makes clear that my role is primarily focused on the newsroom, and not NPR as a whole” (i.e. management issues).

Jensen defined the role she and her office fills — receiving and handling complaints and concerns from listeners and readers:

“The Ombudsman’s office serves primarily as a liaison between the newsroom and listeners, to make the newsroom leaders aware of how listeners feel and help listeners understand why the newsroom makes the decisions it does. I investigate listener concerns and issues of journalism ethics and occasionally suggest changes.”

Jensen explained she has “no management authority,” can’t force NPR to “print a correction or set policy,” but she can give her own opinion.

“For issues that I choose to write about, I try to give a public airing to a wide range of listeners’ opinions. When I weigh in myself it is to add one more perspective or suggest corrections. But I make note of all the perspectives I receive and pass them along internally.”

In addition, “every six months, NPR’s chief executive Jarl Mohn gets a report summarizing the office’s interactions with listeners and readers, excerpts of which are also distributed to top newsroom executives,” Annie Johnson, Jensen’editorial researcher, wrote.

Johnson said that the ombudsman’s office receives “about 200 emails per week” — the office’s preferred form of communication — and tries to respond to “as many as we can.” The office also scans some of the e-mails sent to NPR shows in case they flag anything worth addressing. Johnson wrote:

“We have access to the emails sent to the individual NPR-produced shows and browse them for recurring themes. We read over 100 of these emails per day during a slow week. These are typically comments on individual stories, but occasionally listeners raise ethical issues and question NPR’s adherence to its journalistic standards.”

The office also tries to follow social media, online comments and other media ethics issues. Johnson also advised the most effective way for readers and listeners to contact NPR for certain issues:

For correction requests, first contact NPR standards and practices editor Mark Memmott before contacting the ombudsman’s office.  For a problem with a local NPR member station, Johnson said reach out to that station — not NPR. For problems with commenting online, contact Audience Services.

Two days after Jensen and Johnson’s post, Toronto Star public editor Kathy English wrote a column explaining for her readers what her office handles. English has been the newspaper’s public editor since 2007. The position was created in 1972 as an ombudsman but became a public editor role in 2005, English reported.

“Serving the Star’s many readers and ensuring the accuracy and ethical standards of the Star’s journalism remains the core mandate of this office,” she wrote, adding her job is “independent of the Star‘s newsroom, reporting to the publisher, not the editor.”

Like Jensen, English said she has “no say in newsroom decision-making,” but she can comment on reader complaints.

English and her associate Maithily Panchalingam “investigate all claims of error and questionable Star journalism brought to us by readers and sources in the news,” she wrote. She also handles corrections: “We publish corrections and clarifications in the paper and online when necessary — because readers are not always right, either.”

Along with that day-to-day work, English added that she deals with “more signficiant issues related to questions about the Star‘s journalistic standards” and writes her column.

2 Inside Looks at Public Editor Jobs