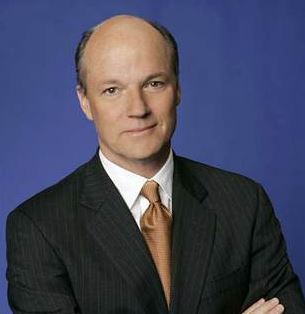 “We were transparent,” Griffin is quoted as saying. “That is our philosophy: Be factual, and step up when you make a mistake. And I don’t see that among our competition, whether it’s getting something wrong on a major story or when there are clear inaccuracies and they’re not corrected.”

Griffin added that MSNBC “quickly took responsibility” and “action” after the incidents. Further, he suggested the controversies were over-covered: “Of course I’ve talked to everybody in the building about it — and we move on. Some of these mistakes are being played out far more inside the media world. I don’t think it hurt is in any way.”

In the past few months, after various questionable remarks, two MSNBC hosts left the network and a third stayed on air after making numerous apologies, as iMediaEthics has written.

Alec Baldwin was the first to get in trouble, after having been caught on camera calling a photographer a “c**ks**king f*g” while out with his family. After a brief suspension, Baldwin and the network announced a “mutual parting.”

Around the same time, Martin Bashir said someone should “sh*t” in Sarah Palin’s mouth, among other remarks. After an on-air apology and a vacation, he resigned. Then, in late December, Melissa Harris-Perry hosted a panel with comedians that mocked the Mitt Romney family Christmas card because Romney’s adopted grandson is black.  She apologized numerous times and Romney accepted the apology, calling the segment “a big mistake.”

CNN president Jeff Zucker also recently weighed in on the three incidents, telling TV Guide, “I think all of those things combined affect the brand over time and the cumulative effect takes its toll.”