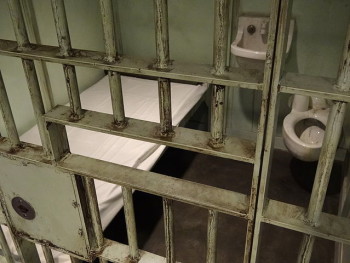 Pretending to be a reporter can have real legal consequences, as one Australian man is learning after interviewing a football star.

A man named Kane Hicks is accused of impersonating a Sky News reporter.

In a separate matter, the fake journalist now faces numerous charges, according to the Australian Advertiser. Sharon Moloney, Media and Communications Officer for South Australian Courts, confirmed to iMediaEthics the charges against 33-year-old Kane Hicks.

“I can confirm that Kane Scott Hicks appeared in the Adelaide Magistrates Court on 18 February charged with 42 counts of ‘Dishonestly manipulate Machine for benefit’, and two counts of ‘deceive another to benefit self’,” she wrote.”There was no plea and the matter was adjourned to 19 March at 10am with bail to continue.”

iMediaEthics has asked Moloney to explain what the count of “dishonestly manipulate machine” means and also for more information about what sort of punishment the charges carry. We’ll update with any response.

Sky News Australia spokesperson Vanessa Guetti-Polimeni told iMediaEthics by e-mail that the network is “not aware of the extent of Hicks’ activities nor the date of the Cornes interview.”

Guetti-Polimeni found out about Kane’s impersonation from a viewer. She explained:

“SKY NEWS were alerted to Mr Hicks impersonation of a SKY NEWS staff member when contacted by a concerned member of the public last week. We acted immediately and notified the South Australian police who are now investigating.”

Sky News chief of staff Ian Ferguson confirmed with the Advertiser that Hicks had no affiliation with the network. “We have reported the matter to South Australian police,” he said.

Sky News Australia reported that to pull off the ruse of being a fake reporter, Hicks “allegedly hired camera equipment worth thousands of dollars” to stage himself as a reporter. The Advertiser said Hicks may have even “plastered his car with Sky News logos.”

iMediaEthics searched for a Kane Hicks in South Australia on Google and Facebook but didn’t find any results.

In 2012, the Milwaukee Journal Sentinel said someone was impersonating one of its reporters and contacting high school female athletes for photos and interviews, as iMediaEthics wrote at the time.

UPDATE: 7/9/2014: 2:01 PM EST iMediaEthics has published a detailed follow-up story with more information on this incident. Read it here.

For clarification, the 40+ charges against Hicks are not because of his impersonation of a Sky News reporter, but because of other actions. The police were notified of Hicks’ impersonation of a reporter but there are no criminal charges for impersonating a journalist unless you gain some sort of benefit. While Sky News did tell iMediaEthics the police were investigating the accusations of posing as a reporter, the police told us they did not conduct a formal investigation. For more on the case, read iMediaEthics’ in-depth story: http://www.imediaethics.org/News/4568/After_denial__australian_man_admits_to_impersonating_a_reporter.php