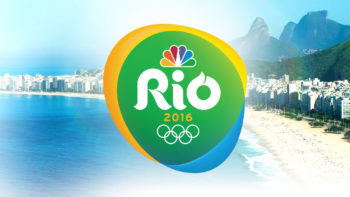 Nico Hines went on gay dating apps at the Olympic village in Rio de Janeiro last summer without identifying himself as a reporter. He then wrote a story about it for the Daily Beast.

Nine months later, he has now rehashed his ethics fail for the first time. It was his first apology and statement since the widely-slammed article, which could have outed or put gay athletes at risk, especially in their home countries.

Out Magazine questioned the sincerity of the apology. Slate suggested and the Advocate agreed that “it may be too little, too late.”  Outsports called the apology “academic,” “seven months too late,” and “little more than a press release.”

Hines’ August 11 article reported on his experience using dating and hook-up apps like Bumble, Grindr and Tinder in the Olympic Village, specifically gay apps, even though he is straight and married, as iMediaEthics reported.   The article and actions of going undercover on the apps invaded the privacy of athletes for no public interest. Even worse, the article likely outed gay athletes.

Hines’ article included height, weight and nationality for one athlete.

Stern added that he was able to figure out the identities of five of the athletes Hines said he met on gay chat and hook-up app Grindr. “I’m not going to repeat his descriptions, because—as Hines himself acknowledges!—some of them live in ‘notoriously homophobic’ countries and remain closeted at home,” he wrote.

Readers instantly complained, and at first, the Daily Beast edited its article to remove some information.

The Daily Beast ultimately unpublished the article and apologized.

And now, in a short March 20 article for the Daily Beast, Hines has apologized for his story, which he said “never should have been conceived, written or published.”  Hines said his “lens of privilege distorted my worldview” in thinking it was OK to log on Grindr and violate its “safe space.”

Along with Hines’ mea culpa, the Daily Beast published an editor’s note, stating Hines took seven months off for “a lengthy period of intense reflection” and is again senior editor and London reporter for the site.

The apology and accompanying editor’s note from the Daily Beast didn’t say if Hines’ seven months off were paid or unpaid, if anyone else at the Daily Beast was disciplined and how the Daily Beast plans to prevent inappropriate stories on the LGBTQ community moving forward. iMediaEthics has sent these questions to the Daily Beast.

Hines’ apology further acknowledged he didn’t properly identify himself as a journalist. In his article last August, Hines stated he fessed up to being a journalist if anyone asked but that he wasn’t upfront on the apps. iMediaEthics has written to Hines to ask if he has ever gone undercover before.

“The story about athletes using dating apps in the Olympic village did not ask consent and did not advance the public good,” Hines conceded in his apology.

“The article intruded into the lives of people who had a right to be left alone,” he continued. “For some readers it brought up old, ugly LGBTQ stereotypes. And I didn’t accurately represent myself during the reporting of the piece. These were all profound failures, and I’m sorry for them.”

“Your apology may have some of the right words, but taking seven months to write those nine paragraphs isn’t enough and never will be,” Outsports declared. “It took you less than seven days to write your ill-advised piece taking aim at LGBT Olympians. Over seven months for an apology? No.”

​iMediaEthics notes the apology focuses the blame for the debacle squarely on the reporter, as if journalists somehow just post stories on the Daily Beast without pitching them to editors and obtaining full approvals.