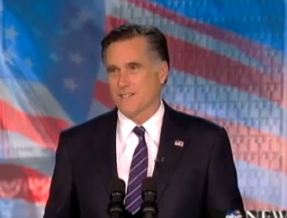 The post-mortem for Romney’s campaign finds many different reasons why he lost.

One historian, however, has a very different take. Allan Lichtman of American University argues in his book Predicting the Next President: The Keys to the White House 2012, that a presidential election is always a referendum on the performance of the incumbent party’s president over the previous four years. If he does well, his party will be rewarded with another term. Otherwise, the opposing party will win.

Specifically, he has identified 13 “keys” to the success of the incumbent party’s candidate. If that candidate gets a positive score on just six of those keys, he will win the popular vote.

So confident is Lichtman of his model that in the spring of 2010, long before the polls could give any reliable indicator of Obama’s electoral chances, Lichtman predicted the president would win re-election, no matter who the Republican candidate would be. With a positive score on nine of the keys, and a question mark on one other, Obama was a shoo-in.

As I noted in a previous blogpost, Lichtman writes that his model has explained the presidential winner in every election from 1860 through 1980. Of course, explaining the past is not the same as predicting the future.

Since the first publication of his study in 1982, Lichtman has therefore used his model to predict the popular vote winners in the eight elections since then – typically making his prediction anywhere from several months to a couple of years before Election Day. And he has been accurate in each of those elections from 1984 through 2012.

So, why did Romney lose? (Or, more precisely, why did Obama win?)

1. He was the incumbent (incumbents running for a second term have been successful almost two-thirds of the time).

2. There was no serious challenge to Obama within his own party.

3. There was no third-party candidate in the general election drawing at least five percent of the vote.

4. Obama accomplished (or presided over) major policy changes for the country (the economic stimulus package, the Affordable Care Act, loans to the  auto industry to avoid bankruptcy, lifting of restrictions on stem cell research, legislation that made it easier for women to challenge discrimination in pay, expansion of coverage for children’s health care, legislation to help borrowers avoid foreclosure, and credit card reform laws).

(Lichtman makes clear that a positive score on this key does not require the policy changes to be seen as favorable. They simply have to occur.)

6. He suffered no major military or foreign policy failure.

8. He suffered no personal scandal.

9. The GOP had no charismatic leader or national hero to head its ticket.

10. The “short-term” economy was still bad, but most people viewed it as improving.

Negative – Keys that did not favor Obama’s re-election

11. His party got walloped in the mid-term election (2010) immediately before the presidential election.

12. The “long-term” economy was in dismal shape.

13. Obama is not a charismatic leader or national hero.

Of course, just because the Lichtman model has worked for the past 39 elections does not mean it will accurately predict the popular vote winner in the next election.

The next test of the model is barely four years away. I can hardly wait!