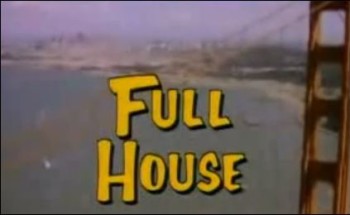 Yahoo News and others were hoaxed by a fake report that the cast of 90s TV show Full House would re-unite for a sequel series.

According to NBC’s Today show, the outlets were tricked by a “7-month-old falsehood” from DisneyTreasures.com, which re-published a story from ScreenRant.com.

Giving the aura of legitimacy, the fake Full House sequel claim referred to a Newport Gazette interview with Jeff Franklin, the creator of the original series.

“News of the Tanner family’s return was originally revealed in the Newport Gazette, where series creator Jeff Franklin let slip that he had begun work on a sequel to the hit ABC series.”

While DisneyTreasures.com didn’t explicitly label its story fake, anyone who fact checked the story should have been suspicious for at least two reasons.

1. The Today show reported on its website that the newspaper where Franklin allegedly made the entertainment news reveal, the Newport Gazette, doesn’t even exist. It “closed down in 1799.” Whoops.

The Library of Congress’s website confirms that the Newport Gazette was published from 1777 to 1779. (iMediaEthics notes that there was also a small community newspaper the Newport News Gazette, which was published in Virginia from 1987 to 1999, according to the Daily Press)

2. Anyone who clicked through on the link to Franklin’s alleged interview would be directed to an image that says “OMG April Fool!” iMediaEthics notes.

If you clicked on the link to Franklin’s interview with the Newport Gazette, you went to a link with this image.

Yahoo News unpublished its story, but a Google Cache produces the original story, which carries a byline from Entertainment Tonight.

The Entertainment Tonight story on Yahoo News reported the quotes that Franklin allegedly made to the non-existent Newport Gazette: “Last month I was asked by ABC and [Warner Bros.] to write a new show for the Full House characters.” Franklin allegedly added of the cast, “Everyone I’ve spoken with were very open to the idea [of returning].”

The Inquisitr reported on the hoax as well, with a Nov. 4 story titled “‘Full House’ To Launch Sequel Series With Adult Tanner Girls.”

Perez Hilton also picked up the story. Hilton’s Nov. 4 story was titled, “Full House Returning To TV?! All The Deets On Sequel Series HERE!” As of Nov. 5 at 12:30 PM EST, neither the Inquisitr or Hilton’s stories carry corrections.

But, Perez Hilton did post a follow-up story admitting that the story was “actually a hoax!” While Hilton admitted that the story wasn’t real, he did say he hoped that the positive reaction to the fake sequel news would lead to a real sequel. “We hope that the outburst of support for a sequel might get the ball rolling on a real, bona fide Full House return.”