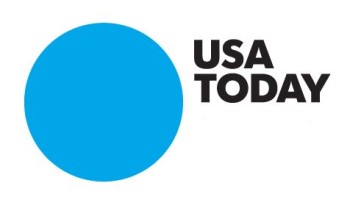 A day after publishing an op-ed by Pres. Donald Trump, USA Today separately published a fact check of the op-ed.

In response, USA Today pointed iMediaEthics to an article from USA Today standards editor Manny Garcia, which reads in part:

“Trump’s original op-ed was fact-checked and edited by USA TODAY and then sent back for review and revision. Trump’s representatives accepted the changes, and the op-ed ran Wednesday. USA TODAY also linked to original material. But as with all opinion pieces, the editors gave the president leeway on his opinions.”

Garcia’s article argued this was “democracy in action.” He also noted that there was criticism of USA Today for publishing it but said others “thanked us for taking the high road and giving the president a platform — in spite of his demagoguery.”

Trump’s op-ed was headlined, “Donald Trump: Democrats ‘Medicare for All’ plan will demolish promises to seniors.” USA Today also pointed iMediaEthics to this editor’s note at the bottom of the article, which read:

“Editor’s Note: USA TODAY Opinion provides a forum for a diversity of views on issues of national relevance. We see ourselves as America’s conversation hub, presenting our readers with voices from the left, center and right. President Trump’s op-ed was treated like other column submissions; we check factual assertions while allowing authors wide leeway to express their opinions. Readers are invited to submit opposing viewpoints and provide additional context to letters@usatoday.com, some of which will be published in the days ahead. — Bill Sternberg, Editorial Page Editor”

USA Today published Oct. 11 a fact check by FactCheck.org. “An examination of the president’s claims by FactCheck.org, a partner of USA TODAY, showed several instances where he misrepresented the facts and made misleading statements about Medicare and health insurance in general,” the fact check stated.

The day before, the Washington Post‘s Glenn Kessler examined Trump’s op-ed and said “almost every sentence contained a misleading statement or a falsehood”.