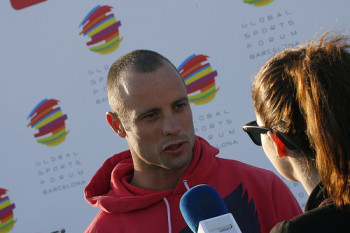 BBC Radio in Coventry & Warwickshire aired a sound clip of a screaming woman and howling dogs while reporting on the murder trial of Oscar Pistorius this week.

The shocking error likely sent chills down the spines of listeners.  The screaming and howling audio was played during a news report about one of Oscar Pistorius’s neighbors who was describing to the court the “blood-curdling screams” she said she heard last year when Reeva Steenkamp was killed.

While the dog-howling audio isn’t particularly terrifying, hearing a woman’s screams during a report about how a neighbor heard a woman scream before her death by gunfire is certainly unsettling.

Pistorius is on trial for the murder of Steenkamp, his girlfriend. Pistorius shot and killed her last year but says it was an accident because he thought she was an intruder.

You can hear the video of the BBC error below, as posted on YouTube by Alex Belfield.

The BBC radio program immediately apologized on-air for the “technical problems” saying the screams and howls were “a few odd things sneaking in there,” the Guardian and Independent reported.

iMediaEthics asked the BBC to confirm that the error was only aired on one radio program. We received the following statement:

“Prior to Vic Minett’s show on BBC Coventry & Warwickshire on Monday, there was a technical mistake where sound effects being prepared in another studio for an unrelated item were accidentally broadcast over the news bulletin. We apologised for the error immediately afterwards.”

Last month, two journalism professors from South Africa, Anton Harber and Herman Wasserman, explained to iMediaEthics some of their ethical concerns about the trial.