Australian Broadcasting Corp. Radio cohost Jon Faine admitted “a number of his questions and comments were insensitive” when interviewing Carly Findlay, a writer and advocate for people with disabilities. Findlay’s website explains she has a skin condition called Ichthyosis.

Faine said on air that Findlay looks like “a burns victim” and asked if her face was painful. He commented “it can’t be good on Halloween” and brought up “kids pointing in the street” at her. Cohost Sally Warhaft asked Findlay how she would like to be “approached,” to which Findlay said she wished people would treat her as they would anyone else and say “I hope you don’t mind me asking” before asking questions.

Faine asked what the “worst thing” Findlay’s been asked, and she said it was whether she could have sex. Faine then asked, “What’s the answer?”

An ABC spokesperson told iMediaEthics by e-mail, “ABC Radio Melbourne’s Mornings presenter Jon Faine interviewed Access and Inclusion Co-ordinator for the Melbourne Fringe Festival,  Carly Findlay,  yesterday morning.  The interview was part of a regular segment on Jon’s show, ‘Known Unknowns’,  dealing with topics that may not be well-understood by audiences.  On the segment broadcast yesterday, Jon spoke to Carly about how people with disabilities regularly deal with micro-aggressions from others.  Jon intended no offence to Carly, but accepts that a number of his questions and comments were insensitive and sincerely apologises for any distress that she has felt as a result of the interview.”

The spokesperson provided iMediaEthics with audio of Faine’s apology saying he was “very sorry about that” and “genuinely” sorry for making Findlay uncomfortable.

“Today was really hard, and I expected to be treated better,” she wrote. “I felt supported by Sally and I know she didn’t want to speak over me.” iMediaEthics has sent Findlay a direct message for more information. 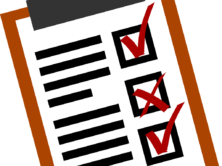