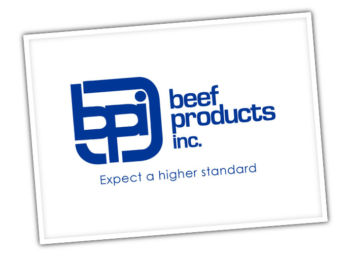 “Seventy percent of the ground beef we buy at the supermarket contains something he calls pink slime,” ABC News’ Jim Avila had reported in 2012, according to NPR. “ABC News pointed out in its stories that the addition of ‘pink slime’ was common and not unsafe to eat, but was not labelled on meat packages,” NPR explained.

iMediaEthics wrote to ABC News and BPI to confirm the settlement and ask if ABC News has to publish or broadcast any statements regarding the settlement or its reporting.

“ABC has reached an amicable resolution of its dispute with the makers of ‘lean finely textured beef.’  Throughout this case, we have maintained that our reports accurately presented the facts and views of knowledgeable people about this product.  Although we have concluded that continued litigation of this case is not in the Company’s interests, we remain committed to the vigorous pursuit of truth and the consumer’s right to know about the products they purchase.”

“We are extraordinarily pleased to have reached a settlement of our lawsuit against ABC and Jim Avila.  While this has not been an easy road to travel, it was necessary to begin rectifying the harm we suffered as a result of what we believed to be biased and baseless reporting in 2012.  Through this process, we have again established what we all know to be true about Lean Finely Textured Beef:  it is beef, and is safe, wholesome, and nutritious.

“This agreement provides us with a strong foundation on which to grow the business, while allowing us to remain focused on achieving the vision of the Roth and BPI family.”

Beef Products Inc. (BPI) sued ABC News in 2012 over its reporting on the product. BPI said ABC News’ 11 on-air and 14 online stories caused the company to lose sales and customers, close plants and fire employees, as iMediaEthics reported. ABC News defended its reporting and tried to get the lawsuit dismissed back in 2012, arguing “pink slime” wasn’t an inaccurate description and that it was a constitutionally protected “imaginative expression” and “rhetorical hyperbole.”

CNN’s Dylan Byers tweeted this morning with the news of the settlement.