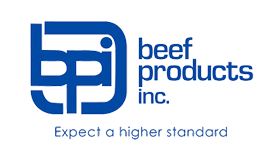 As ABC News explained, ten years ago “USDA scientist Gerald Zirnstein first coined the term ‘pink slime’ to describe what the industry calls” the BPI product.  “Several national grocery chains” and restaurants said this year they wouldn’t sell it, and the company said it was going to “temporarily suspend operations” at some of its plants.

ABC News defended its reporting and quoted its senior vice president Jeffrey Schneider as saying “the lawsuit is without merit,”

The Associated Press noted that the $1.2 billion lawsuit focuses on “roughly 200 ‘false and misleading and defamatory’ statements” in 11 on-air and 14 online stories.

The company’s lawyer, Dan Webb, is quoted as saying ABC News “caused consumers to believe that our lean beef is not beef at all — that it’s an unhealthy pink slime, unsafe for public consumption, and that somehow it got hidden in the meat.” NPR noted that “though other media outlets also questioned the product’s safety,” Webb said its lawsuit was against ABC News because it “we picked the news organization we believed damaged [the company].”

Further, the Wall Street Journal added that the lawsuit is “for saying the company’s beef product isn’t actually beef, but rather a waste product from cattle carcasses. The suit also says ABC put pressure on supermarkets to stop carrying the product.”

Media Bistro, which published an ABC News video segment on the company, noted that Diane Sawyer and other ABC News reporters are “named” in the lawsuit.

In an update, NPR quoted Reporters Committee for the Freedom of the Press’s legal defense director Gregg Leslie as invoking Food Lion’s lawsuit against ABC News for its 1992 undercover reporting as a comparison to this case.

We’ve written to BPI seeking further comment and will update with any response.