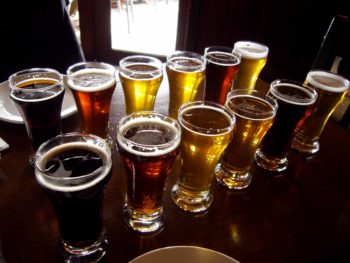 Film producers provided beer at an Aboriginal wake, then filmed the Aboriginal Australians drinking,  the Australian Broadcasting Corp. reported. The resulting edits for the BBC documentary, Hidden Australia: Back in the Outback, made the wake ceremony look like a drunken party.

One community member featured in the documentary, Lendal King, told the ABC, “I regret being a part of it, because it was just all about alcohol.”

Community members complained that the documentary, made by Sundog Pictures for the BBC, ignored other things going on in the area to focus only on alcohol use.

Wilcannia Aboriginal Land Council chief executive Jenny Thwaites told the Guardian, “Yes, we recognise that the town has a problem with alcohol but there’s a lot of really positive things happening.”

iMediaEthics has written to the council to ask for more information about the problems with the documentary.

The BBC admitted in a statement sent to iMediaEthics that the wake scene was “edited in a way which is misleading.”

“This clearly falls below the standards we expect of programme makers and for this we would like to apologise,” the BBC added.

The BBC said in its statement it is continuing to investigate the documentary and reviewing all Sundog programs. Further, the BBC said it wouldn’t “commission any new programmes from Sundog Pictures, with their agreement, while we investigate further.”

The BBC’s governing body, the BBC Trust, is looking into the matter, Sundog Pictures noted to iMediaEthics.

Sundog Pictures’ company coordinator Denise Barren told iMediaEthics at first that its CEO Johnny Webb wanted to respond but then said, “We gather that the BBC have responded to your enquiry and we don’t have anything to add to this, at this time.”

When we asked for more information, Barren told iMediaEthics, “Sundog Pictures will be making a statement once the BBC Trust has published its findings.” iMediaEthics also asked about the allegation the producers provided beer.