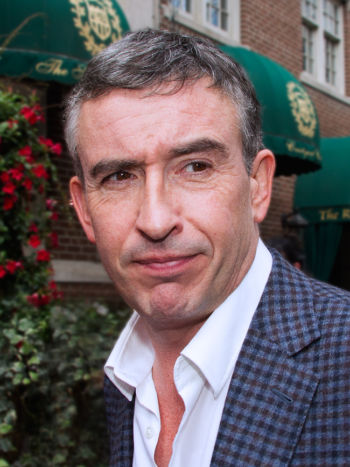 Actor Steve Coogan will be paid six figures from UK news publisher Trinity Mirror after it admitted to hacking his voicemail. Trinity Mirror is also paying Coogan’s legal fees and apologizing in order to settle the lawsuit.

Coogan sued over 62 articles in the Daily Mirror, the Sunday Mirror and The People that he said had information found from voicemail hacking, “unlawfully obtaining personal information from third parties and surveillance by private investigators,” according to his lawyer’s statement in court. The open court statement was sent to iMediaEthics by Hacked Off, the UK campaign advocating on behalf of hacking victims.

iMediaEthics contacted Steve Coogan’s solicitor, who redirected our inquiry to Hacked Off. Hacked Off’s Nathan Sparkes responded, explaining Coogan is a “supporter of the Hacked Off Campaign.”

Sparkes told iMediaEthics by e-mail that Coogan “is satisfied with the terms as far as they go, but is most interested in proceeding with the second half of the Leveson Inquiry to get to the truth. He needed to accept costs to settle the claim, because he would have been liable for TMG’s costs had a final damages award not beaten the Mirror’s offer.”

In court, Trinity Mirror’s lawyer admitted, “Coogan was the target of unlawful activities and that these activities were concealed until years later.” It apologized for the “wrongdoing,” the articles, and the “concealment of these activities.”

Further, the lawyer said, Trinity Mirror “apologises to Mr Coogan and accepts that he and other victims should not have been denied the truth for so long.” The Mirror’s website doesn’t appear to have any statement about the settlement; iMediaEthics has asked Trinity Mirror if it is required to publish the apology in print or online. Hacked Off’s Sparkes told iMediaEthics that the Mirror sent Coogan a “private letter of apology.”

Trinity Mirror has settled more than 70 hacking claims in the past year, The Guardian noted.

In a press release statement sent to iMediaEthics, Coogan called for more investigation of hacking in the UK press, including a continuation of the Leveson Inquiry, in order to “find out who was hacked, who knew about it, and who covered it up or turned a blind eye.”