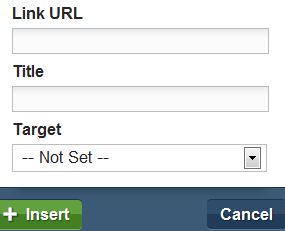 Steve Buttry outlined his “aggregation guidelines” of “link, attribute, add value” in a May 16 blogpost.

Buttry noted that “aggregation has become a dirty word in much of journalism today,” but that the practice “has a long, proud and ethical history in journalism.”  He defined “aggregation and curation” as “using content from other sources to provide content” and commented that “totally original reporting…is probably a minority of content.”

In his suggestions for aggregation, Buttry advised that attributing and linking is good for both the person whose original work is being cited and for readers. Buttry also offered several ways journalists can “add value” to aggregated content like “original reporting” and surveying the various reports on an issue.

According to the New York Times’ March report, Simon Dumenco created the “Council on Ethical Blogging and Aggregation” after his story was notably aggregated by the Huffington Post.  Members of the group include the editors of Esquire, the Atlantic, and Slate.

According to the New York Times, Dumenco said the group is “pro-aggregation” but wants “some simple, common-sense rules” to guide aggregation.  Dumenco published a March 12 post “introducing the council” and linking to Carr’s post.

“As aggregators ourselves, we completely agree that there should be some sort of standard… Maybe the most troubling thing is that for a group developing rules for bloggers, there aren’t many bloggers taking part…Another problem with the CEBA is that while it’s a great idea, it’ll be preaching to the choir. Those that will listen to its ideas about ethical crediting already conduct themselves in the right way. Blogs that seedily go about linking won’t change, no matter what the CEBA comes up with.”

The Washington Post’s Erik Wemple advised that the group “Put up a Web site that includes an ‘Aggregation Gripe’ form.”

In a follow-up post, Dumenco published a Q & A with himself about the council.  He cited the comments of New York Observer editor-in-chief and CEBA member Elizabeth Spiers explaining that the council isn’t about “credentialing or policing” but making “some common policies…in how stories are credited.”

Columbia Journalism Review reported in its May/June issue that the group is working on its guidelines like “Credit original sources prominently, not just a link at the end.”