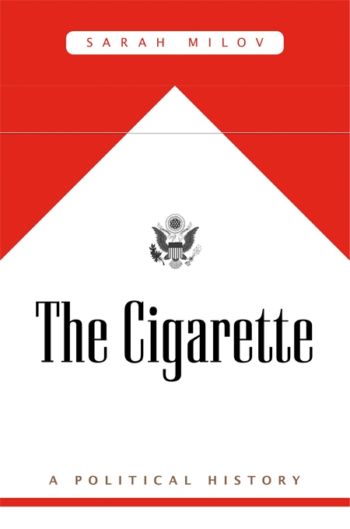 NPR host Jeremy Hobson apologized to University of Virginia history professor Sarah Milov after NPR’s Here & Now program discussed her work on tobacco without citing her forthcoming book, which was a source for the program.

According to The Lily, which is a “product of the Washington Post,” “every cited fact was taken from” her book, but she was never credited. While her book isn’t out yet, her publisher gave an advance copy to the program and a producer told her publicist they would be doing a segment about it, The Lily reported. “It’s unfortunate that we didn’t acknowledge the author who was largely responsible for much of the content,” Sam Fleming, managing director of news and programming at Boston NPR-affiliate WBUR, told the Lily.

In tweets, Hobson wrote that historians Edward Ayers and N.D.B Connolly “did not cite [Milov] in the segment, but they should have. I know the Backstory team and I know how sorry they are. I am sorry as well. But I also know that, as [Milov] said, there was no malicious intent. This was a mistake.”

The program was on NPR’s Here & Now; the two historians Ayers and Connolly host a podcast called the Backstory. The Backstory team helped with research for the pair’s appearance, according to The Lily.

In tweets, the Backstory Twitter account said that the hosts “used the work of Sarah Milov,” but “neither Sarah’s name nor book were mentioned. We regret the omission.” The Backstory account linked to more information about Milov’s book and said “we are developing a more formal code of conduct and will make it available when it’s complete.”

iMediaEthics has written to Milov. We contacted the Backstory and NPR. NPR provided us with this statement from WBUR; NPR and WBUR co-produce Here & Now: “As soon as we learned that historian Sarah Milov wasn’t given her due credit, we worked to remedy the situation. The correction was made to the segment online. In addition, we’re reviewing our editorial process, as accurate reporting is always a top priority at WBUR.”