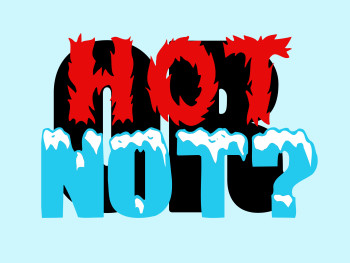 The Feb. 25 opinion article posted on Al Jazeera America’s website, “Six hot media startups to watch in 2016,” was written by Prof. Jeff Jarvis — not the real journalist and professor by that name, but a parody account known in the media/tech world with more than 18,000 Twitter followers.

The five outlets besides Al Jazeera America listed in the satire article were the DoDo, The New  Republic (recently sold), Pando Daily, Fusion and Mic. Regarding Al Jazeera America, the article described the news organization as “an innovative mash-up of aging Qataris and US millennials” who paid “the bargain price of $500 million” for the network.   The New Republic‘s owner Chris Hughes announced the sale of the magazine to publisher and editor Win McCormack just yesterday.

“But who says that going retro can’t be innovative? Rather than leaping ‘over the top’ to reach people, they picked a ‘through the wall’ strategy, in what I feel is a very bold gambit to tempt Fox News’ 60-something-year-old viewers over to the AJAM camp. At the same time, the company has its eye on the long-term: positioning themselves to capture the millennial audience when it hits AARP age.

“Time will tell whether this gambit succeeds, but I certainly applaud the Qataris for ignoring the naysayers and running straight through the wall.”

“Editor’s note: Al Jazeera America has removed the satirical piece originally posted on this link, which included commentary on our company that we believe was not appropriate given its imminent closure. Our goal in the closing stages of AJAM online and on TV is to honor the exceptional journalism and journalists that distinguished our brand, to maintain the respect that we have always shown to those we have covered since our launch, and to uphold our promise to deliver the highest quality journalism to our readers until the very last. We believe the satirical piece originally at this link failed to live up to these goals. We offer our apologies to our readers and to our staff.”

A spokesperson for Al Jazeera America declined to comment to iMediaEthics about the article beyond the editor’s note.

The parody account tweeted about the Al Jazeera America takedown.

Pro tip: always screenshot your articles, in case the publication that puts them up decides to take them down again.

Hey @ajam @AlJazeera Is there a mistake here? Surely you can't have censored *yourselves*? https://t.co/OwRERl5Dkl