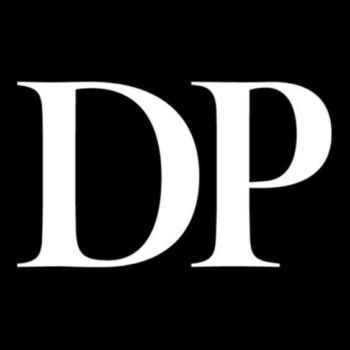 Caldara announced the news in a Jan. 17 Facebook post. “The reason for my firing is over a difference in style. Not to put words in her mouth but [his editor] found my writing too insensitive. And yes, it is,” he said.

Caldara complimented his former editor Megan Schrader and the editor-in-chief Lee Ann Colacioppo. “What seemed to be the last straw for my column was my insistence that there are only two sexes and my frustration that to be inclusive of the transgendered (even that word isn’t allowed) we must lose our right to free speech,” he added.

In his post, he wrote he is pro-gay marriage, and doesn’t “care who uses whose bathroom, what you wear, or how you identify.”

iMediaEthics has written to Caldara and Schrader.

The Post published an editor’s note Jan. 22 in which it addressed the matter. That read:

“On Friday, Jan. 17, Megan Schrader, editor of the Denver Post‘s editorial pages, decided we would no longer run Jon Caldara’s weekly column. Caldara had been providing that column on a freelance basis to the Post since 2016.”

“We note some media coverage of this decision has implied we do not want to run conservative columns about issues surrounding sex and gender. In fact, we ran both columns Caldara wrote on the subject, having determined they addressed a subject worthy of public discussion and debate.

That is the role of a newspaper’s editorial section. We want our pages to explore a variety of subjects and feature a variety of voices, even when some of our readers find them offensive.

“We believe it is both possible and desirable to write about sensitive subjects and about people with whom one disagrees using respectful language. In exercising our right to edit material submitted for publication, we make changes and suggestions to uphold that standard. We expect writers to work with us in a collaborative and professional manner as we strive toward that goal.”