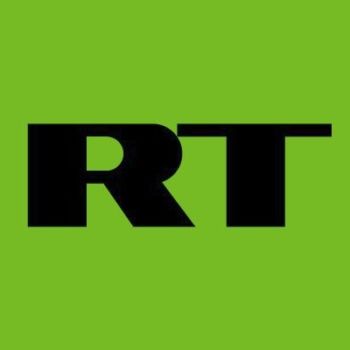 A television viewer complained that Alex Salmond, the former First Minister of Scotland, “invented tweets presented as real from viewers of the show to direct the debate on his views and terms.”

The incident happened on Salmond’s current affairs program, which is broadcast on RT, the Russian state-funded TV network formerly known as Russia Today. Salmond’s production company produces the show, which is then aired on RT.

iMediaEthics has asked RT for a response to the ruling; RT pointed iMediaEthics to its statement which reads:

“This was a notable and worrying example of Ofcom’s orchestration of the media in this matter by publicizing without notice to RT the provisional findings for its decision in this case, in a statement made on April 18. This was before it had heard, let alone had time to consider, RT’s representations on its preliminary view. This gives rise to grave concern over the fairness of Ofcom’s process and agenda. The concern is heightened as Ofcom is using powers that exist for protection against serious matters to find a breach in relation to this trivial teething problem – a veritable sledgehammer to crack a nut.”

An Ofcom spokesperson told iMediaEthics, “We found this programme broke our rules by misleading its audience. A series of messages were presented on air as having come from viewers. In fact, most of them were from production staff linked to the programme.”
In response to the RT comments, OfCom said, “We followed our normal procedures throughout this investigation.”

On his show, Salmond answered six tweets from the public. But, four of those tweets came from people affiliated with him or the show.  TV Novosti, which owns RT’s license, “confirmed that four of the six tweets and emails referred to during this broadcast were sent by people connected either directly or indirectly to the production of the programme or to the presenter in some way.” The tweets came from a freelance make-up artist who had worked on the show, a freelance cameraman who worked on the third episode, an acquaintance of Salmond, and a series director for the show.

Because of that, the UK broadcast regulator OfCom ruled RT misled viewers.

Ria Novosti argued the tweets were fine because they were just to show how the Twitter question-and-answer would work and because the questions were “volunteered” and not “propaganda.” Further, Salmond’s producer said it was OK because it was the first episode of the show so Salmond didn’t have any viewers yet.

In response to the ruling, Salmond tweeted a statement from his company saying that the comment was “extraordinary” noting “For the very first programme of a recorded series there were obviously no existing viewers or live tweets to draw on in order to illustrate the audience participation section.” The ruling was “not because their questions were included but because it was not specifically mentioned that they were from a freelance hairdresser, a friend of a camera man and someone who knew Mr Salmond!” the statement says. “This ruling is despite the fact that the content of the questions were basically light hearted (eg the English meaning o the Scots Gaelic word Slainte) and clearly pursued no particular agenda nor could possibly have caused any offence. In other words this ruling, even one with no proposed sanction, is out of all proportion to this very minor matter.”