'Almost all the blacks in his book are victims,' Economist said in review,

‘Almost all the blacks in his book are victims,’ Economist said in review, hides byline 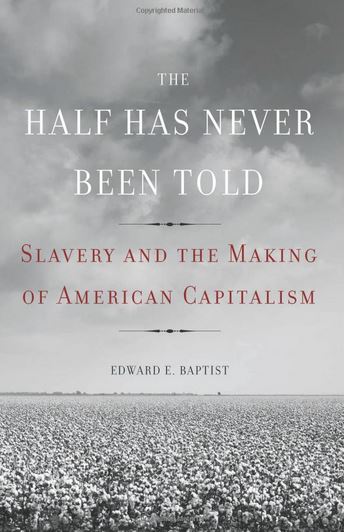 The Economist apologized and retracted a book review that criticized the book for its negative portrayal of white and black people during slavery.

In a Sept. 3 apology, The Economist admitted it was wrong to have criticized Edward Baptist’s book The Half Has Never Been Told: Slavery and the Making of American Capitalism for its negative description of slavery.

“Mr Baptist has not written an objective history of slavery,” The Economist wrote. “Almost all the blacks in his book are victims, almost all the whites villains. This is not history; it is advocacy.”

In its apology, The Economist acknowledged readers were right to criticize that statement. “Slavery was an evil system, in which the great majority of victims were blacks, and the great majority of whites involved in slavery were willing participants and beneficiaries of that evil. We regret having published this and apologise for having done so,” The Economist wrote.

The Economist included the text of its book review below the apology “in the interest of transparency.”

In addition to the questionable review, Mediaite noted that The Economist used a still image from this year’s Oscar-winning movie 12 Years a Slave to accompany the review.

“If you’ve seen the movie, in which the highly productive Patsey [played by Lupita Nyong’o] is nearly whipped to death by her rapist master for borrowing a bar of soap to clean herself, this is not the best image to accompany an argument that masters treated their slaves well in order to boost productivity.”

The Economist‘s book review didn’t carry a byline. Because of this, “Whoever penned this black-and-white passage will indeed escape public shaming, though his or her colleagues surely know who typed in those words,” The Washington Post’s Erik Wemple pointed out. “They have the special burden of knowing who tarnished the entire Economist brand.”

iMediaEthics has written to the book’s author for comment about the review and retraction.

‘Almost all the blacks in his book are victims,’ Economist said in review, hides byline