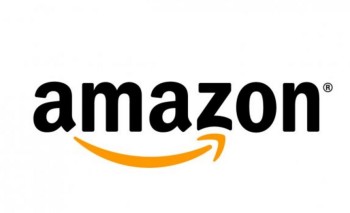 The New York Times is standing by its August coverage of Amazon and its “bruising workplace” after Amazon spokesperson (and former White House spokesperson) Jay Carney slammed the newspaper in a post on Medium.

Carney, Senior Vice President for Global Corporate Affairs at Amazon, criticized the Times this morning, arguing the paper violated journalism ethics for not asking the company about criticism. Carney also questioned the motivations of one of the Times’ sources, Bo Olson, arguing that he had an axe to grind because he resigned after allegations of fraud.

Carney also said the Times‘ reporter Jodi Kantor “never asked us to check or comment on any of the dozen or so negative anecdotes from named sources that form the narrative backbone of the story.”

(iMediaEthics wrote earlier this  year about Sullivan weighing in on the Amazon coverage, which questioned the heavy reliance on anecdotes instead of data, as well as executive editor Dean Baquet’s comments that he was “extremely proud of the story” and that he didn’t agree with Sullivan’s take.)

“What we do know is, had the reporters checked their facts, the story they published would have been a lot less sensational, a lot more balanced, and, let’s be honest, a lot more boring. It might not have merited the front page, but it would have been closer to the truth.”

Times executive editor Dean Baquet quickly responded to Carney’s criticisms with a post of his own on Medium saying he wanted to “reiterate my support for our story about Amazon’s culture.” Baquet wrote that the Times found “patterns” from its interviews with “more than a hundred current and former employees” which formed the premise for the article.

Baquet argued that Carney’s complaints about source motivations or evidence for their claims didn’t change their stories.  For example, Baquet said the source Carney said had resigned after fraud allegations denied Carney’s claims. Regardless that doesn’t affect the story, Baquet said, because the Times only quoted him once and his comment was “consistent with those of other current and former employees.”

Baquet also provided “specific responses” to the anecdotes Carney called into question, offering information about four of the sources for anecdotes.

Carney also complained that he thought the Times said it didn’t want to write a critical piece of workers’ complaints and Amazon expected the Times would write “a nuanced story that dove into what makes Amazon an exciting and fun place to be, not just a demanding place to work.”

Specifically, Carney pointed to an e-mail from the reporter Kantor to Amazon describing her intent for the article as “more of an inquiry into the nature of work, which is why we’re trying to get you to share your point of view as well as positive material — to get anecdotes and quotes from you into the story that says ‘here’s why we do things this way, here’s what we’ve learned, here’s what works for us.'” Kantor also e-mailed that she didn’t expect the article to be “basically a stack of negative anecdotes from ex-Amazonians.”

However, Baquet dismissed this, noting Amazon shouldn’t have been surprised that an article about it would have been “tough” and that the Times pointed out “relatively early” it was going to cover “Amazon’s reputation as a difficult place to work” as well as “complaints of a culture of criticism and other worker concerns.”