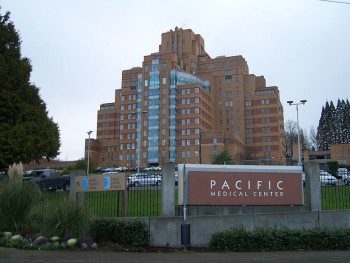 The Times‘ report said “the  company is conducting an experiment in how far it can push white-collar workers to get them to achieve its ever-expanding ambitions.” It reported that “workers are encouraged to tear apart one another’s ideas in meetings, toil long and late (emails arrive past midnight, followed by text messages asking why they were not answered), and held to standards that the company boasts are ‘unreasonable high.'” It claimed “sabotage” among employees, “annual cullings of the staff,” and secrecy.

The Times said it “interviewed more than 100 current and former Amazon employees…many who spoke on the record.”

Amazon founder Jeff Bezos said of the article’s depiction of Amazon: “I don’t recognize this Amazon and I very much hope you don’t, either.”

In addition, Amazon employee of 18 months Nick Ciubotariu disagreed with the Times’ narrative, noting that he wrote on his own, without being asked and without Amazon’s backing.  Ciubotariu claimed the Times article was “blatantly incorrect,” “horribly misinformed” and a “hatchet piece.” He said his post was rejected by the Times‘ comments section, but the Times‘ comment team leader Bassey Etim told Sullivan that it was rejected because his comment was just a link to his LinkedIn post and a “brief lead-in.”

“If Amazon was the type of place described in this article, I would publicly denounce Amazon, and leave,” he wrote. He said the description of long hours, late night e-mails and “unreasonable high” standard expectations isn’t accurate. ” No one encourages this,” Ciobotariu wrote, saying in his experience, he’s never had insane hours or lack of personal time, but acknowledging it may have been a previous culture before his employment.  (Read Ciobotariu’s whole post here).

Sullivan pointed not only to Ciobotariu’s post but also to positive and negative responses by media commentators Jeff Jarvis, Bill Mitchell, and Rem Rieder. She also noted that Amazon’s Jay Carney (formerly of the White House) told CBS that Amazon tried to find out who the anonymous sources were but hadn’t been able to confirm their accounts to the Times.

For her part, Sullivan acknowledged “there is significant unnamed sourcing, particularly in a segment on employees who said Amazon failed to treat them with empathy or humanity when the chips were down.” Sullivan agreed that article was “hard-edge and direct without being prosecutorial or breathlessly crusading.”

“It gave Amazon its due in some ways, as both a company and an employer” but lacked full “balance and context,” she wrote, noting that some of the areas the Times called out were “common” at other companies. “In addition, the evidence against Amazon, while powerful, is largely anecdotal, not data-driven.”

Sullivan pointed out that “no serious questions (to my knowledge) have arisen about the hard facts.” However, she suggested “that may partly be because the article was driven less by irrefutable proof than by generalization and anecdote.”

After Sullivan published her take on the story, she posted an update to her story saying the Times‘ executive editor Dean Baquet said “he disagrees entirely with some of my conclusions.”

Baquet defended the amount of context the article had, the use of anecdotes, the “quality of the writing” and its thoroughness. He said he was “extremely proud of the story.”

“I reject the notion that you can report a story like this in any way other than with anecdotes,” Baquet told Sullivan. “You talk to as many people as possible and you draw conclusions.”