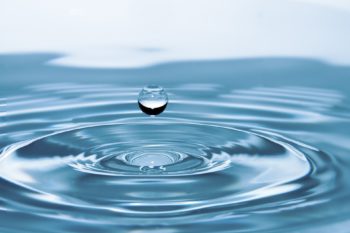 PBS’s NewsHour unpublished a report claiming a Greek inventor is creating a way to turn water into power after many viewers complained about the program’s lack of skepticism about the claims.

“Our reporting of this segment should have been more skeptical,” PBS NewsHour said in an editor’s note in place of the article. “Our reporting and research should always ask more questions and seek greater insight.”

The PBS NewsHour segment on Dec. 27 focused on Greek scientist Petros Zografos and his claims that he “created a machine that converts water into power.” Furthermore, his machine would allegedly allow people to live “off the grid.” iMediaEthics has contacted PBS for information about how the report came to be.

According to PBS ombudsman Michael Getler, “the presentation produced an immediate outpouring of critical mail to me and to the NewsHour and officials removed both the video and the transcript from the NewsHour website, which produced more criticism.”

While the report has been deleted from PBS’s website, Getler noted the transcript was re-published on the Off-Grid.net website. In addition, the video was posted on YouTube.

Getler published a collection of many of the viewers’ and readers’ complaints about the PBS NewsHour segment. One viewer, Steve Carter, told Getler,

“The NewsHour tonight, 12/27/16, ran a segment about an “inventor” who had a device to get energy from water. The segment ran for six to eight minutes, one of which was a comment from a scientist from Denmark saying in basic terms that such machines can’t and don’t work. My complaint is that, since it’s not April first, the balance of the program should have been reversed i.e., one minute on the invention and seven minutes on the tricks that people use to try and make them believable. Without a thorough debunking many people go around thinking that the solution to the energy crisis is being held back so ‘they’ can get rich. Maybe Bill the Science Guy could help out.”

“Malcolm Brabant’s story last night was truly offensive. As the Danish physicist said in the story, this claim of free energy violates the second law of thermodynamics. It would be immediately dismissed by any competent scientist. It does such a disservice to the thousands of good scientists working on problems like this. As a Ph.D. chemist and retired professor, I hereby offer to consult with your producers at no charge to prevent such ridiculous stories from airing in the future.”

“Editor’s note: There have been questions raised concerning our report that aired on Dec. 27, 2016 about a Greek inventor who is developing a device that purports to turn water into power without requiring additional energy. Despite a team of Greek scientists praising the research, and the inclusion of an independent scientist dubious of the work, the NewsHour acknowledges that our reporting of this segment should have been more skeptical. Our reporting and research should always ask more questions and seek greater insight. We are examining each step in our process, and we apologize to our audience for the lapses in this report. The PBS NewsHour is dedicated to presenting clear and thorough reporting on developments in science and technology, and we will be following up with more reporting on the important subject of clean energy as soon as possible.”