The Chicago Sun-Times' articles claiming Anthony Davis, Jr. (pictured above) had made a financial commitment with the University of Kentucky have resulted in threats of legal action and questions of journalism ethics. (Credit: ESPN web page, detail from screen shot)

The Chicago Sun-Times is under fire for its publication of two anonymously sourced reports that the University of Kentucky intended to pay a commitment fee to a high school basketball player from Chicago, Anthony Davis, Jr.  Davis is the 12th-ranked player for college recruitment and is currently in the process of recruitment and picking a college.

If the story were true, it would be against National Collegiate Athletic Association (NCAA) rules and would be problematic for both University of Kentucky and Davis’s college basketball career, the Chicago Tribune reported.

The Sun-Times’ Michael O’Brien first posted a story Aug. 4 that “cited a ‘reliable source’ and said ‘rumors/sources that have Davis choosing the University of Kentucky are also alleging that the commitment cost $200,000,'” The Chicago Tribune reported.

After complaints, the Sun-Times first “removed the allegation,” and later the whole story from its website, Kentucky.com wrote.

But, on Aug. 6, O’Brien posted another story saying instead that “sources from three separate universities told the Sun-Times that [Davis’s father, Anthony] Davis Sr. asked for money in return for his son’s commitment, with the amount ranging from $125,000 to $150,000.”  The Aug. 6 story features comments from Davis Sr., the University of Kentucky, and a handful of anonymous sources.

Despite on the record denials of any financial arrangement from the involved parties – Davis Sr. and the Univ. of Kentucky, O’Brien used anonymous sources to claim that Davis Jr. was involved in a financial commitment.

Davis Sr. told the newspaper that its claims of financial arrangements between his son and the university weren’t true and finally, “Thanks for ruining my son. Thank you very much.”

The university told the newspaper via a lawyer’s statement that its Aug. 4 report was untrue.

However, O’Brien’s story contained a handful of anonymous sources saying that Davis had made financial commitments with the university.  An unnamed source is credited with telling The Sun-Times that the NCAA was investigating the claims, but Kevin Green, a lawyer for the university, is quoted as telling The Sun-Times that the NCAA discredited that any investigation had been opened..

“It boggles our mind where (O’Brien) got his information from,” Greenlee told the Tribune. “We did advise (the Sun-Times) that publishing anything like the story they published today was going to put us in position to have to clarify and put the truth out and be litigious.”

Stephen Barker, an attorney for the University of Kentucky, sent a letter to the Chicago Sun-Times reporter Michael O’Brien questioning the ethics of two of his stories on the recruitment commitment, Kentucky.com wrote.  Barker wrote that the school is also considering legal action in response to the stories.

“The journalism ethics . . . seem to be absolutely thrown out the window,” Kentucky.com reported Barker said.  “It seems to us a journalist has to chase down rumors and get credible collaboration. And that didn’t happen, in our view.”

The school’s press release Aug.6 said that the university “is dismayed by the continued lack of professionalism and responsible journalism exhibited by Michael O’Brien and the Chicago Sun-Times in running yet another false and defamatory story,” Kentucky.com reported.

“Both the father of this student-athlete and the University have repeatedly told Mr. O’Brien that these unsubstantiated ‘rumors’ are untrue.”

The university further wrote that it finds the statements “false and defamatory,” and that it “fully supports any action” Davis and his family pursue against the Sun-Times.

The Society of Professional Journalists’ code of ethics advises journalists “test the accuracy of information from all sources and exercise care to avoid inadvertent error. Deliberate distortion is never permissible;” and “Identify sources whenever feasible. The public is entitled to as much information as possible on sources’ reliability.”

Two of Calpari’s former teams–the universities of Memphis and Massachusetts–were punished by NCAA for violations while he was coach, but he himself hasn’t been implicated. “The NCAA stripped Memphis of all its wins from 2007-08” because one of its players was ineligible to play, CBS Sports reported in 2009.  Calipari was Memphis’s coach from the 2000-2001 season through the 2008-2009 season.

The Univ. of Massachusetts’ victories and financial winnings from the 1996 NCAA tournament were revoked because one of its players, Marcus Camby, had broken NCAA rules by accepting gifts from a sports agent.  Calipari was coach at Massachusetts from the 1988-89 season through the 1995-96 season. 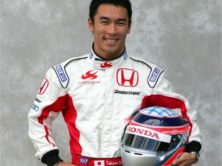