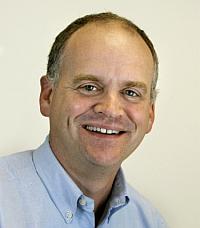 Ron Fournier, the AP's Washington Bureau chief, told Washington Post's Greg Sargent that the AP's fact checks are the most clicked and most linked stories.

Sargent reported that the AP’s Washington Bureau Chief Ron Fournier said that the AP’s fact checking stories are their most clicked and linked articles.

Sargent noted that the AP proved false that “Elena Kagan is an ‘ivory tower peacenik.’” The Associated Press’s May 18 fact check  showed that Kagan opposed the “Don’t Ask, Don’t Tell” policy in 2007, but that she has supported the military service as a profession and career.

Sargent also noted one of the “facts” checked was Alabama Sen. Jeff Sessions’ claim on ABC’s “This Week” that she wasn’t “in compliance with the law at various points in her tenure” with respect to military recruiters at Harvard.  The AP found that she amended Harvard’s policy “according to changing circumstances as well as her own beliefs.”

Sargent also noted the AP’s May 8 comparison of how President Barack Obama handled the Gulf of Mexico oil spill and how President George W. Bush handled the response to Hurricane Katrina.   The Associated Press report found that the only connection to the two disasters has been geography.

Sargent wrote that Fournier said “misleading the public is a bipartisan habit” when asked which political side the AP fact checks more.  However, Sargent wrote that the AP’s “most aggressive stuff has been directed at the right.”

The Huffington Post wrote May 19 that the popularity of fact checking is “good news for people who like good news. For a long time, organizations like Politifact and FactCheck.org plied their trade, all the while being treated like alien visitors who were occasionally invited to alight on the media landscape.”

However, Politico warned May 19 that the “fact check” label “doesn’t render an article any less vulnerable to error and spin” and that many political arguments can’t be clear-cut identified as true or false.