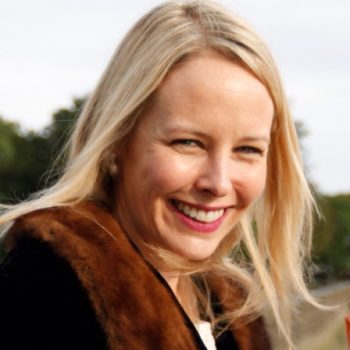 A Globe and Mail columnist wrote that she once tried to breastfeed someone else’s baby without them knowing about it.

Now, the columnist, Leah McLaren, has been suspended for a week and her March 22  column taken down, according to the Toronto Star. Though the article has been unpublished, an archived version is available.

McLaren’s column discussed a decade-old incident when she said she was at a house party, went upstairs to find a bathroom, found the baby and a baby monitor in a nearby bedroom, and picked up the baby. McLaren says the baby sucked her finger and that she thought he wanted her to breastfeed him. She wrote that she then decided she would try to breastfeed him, even though it wasn’t her baby, she wasn’t lactating, and she didn’t have the permission or knowledge of the parents.

“Would it be so bad, I wondered, if I just tried it out – just for a minute – just to see what it felt like?” she wrote. She then started unbuttoning her shirt and was about to try, she wrote, when the baby’s father, politician Michael Chong, walked in, took him, and left.  She states she now knows it’s “wrong and rude and frankly a bit weird to think I could breastfeed a stranger’s baby just for kicks” and remarked “apologies.”

McLaren’s column doesn’t note the obvious invasion of privacy she creates by writing about this incident and naming the family.

iMediiaEthics has written to Globe and Mail public editor Sylvia Stead and editor David Walmsley to ask how long the article was published, who removed it, how many complaints the newspaper received, and for confirmation of McLaren’s suspension. We’ve also written to McLaren to ask whose idea the column was, how many editors were involved in the piece, and if she warned the Chongs in advance she would be writing about the incident. iMediaEthics has asked Chong if he complained then or now about the incident.

Chong, who is running for the leadership of Canada’s Conservative Party, blew off the incident in a tweet. In what certainly counts as an understatement, he called finding McLaren with his son alone and in a state of undress “no doubt odd, but of no real consequence.”

His representative sent a similar statement to iMediaEthics, which reads,

‘This incident happened over 10 years ago. It was odd, no doubt, but not of any real consequence. I entered this race to discuss important challenges facing Canada. I am happy to discuss those. But I won’t be making any further comment on this.”

Incident happened over 10 years ago. It was no doubt odd, but of no real consequence. Let's focus on the important challenges facing Canada

After the column removal, Globe and Mail editor-in-chief David Walmsley reminded staff “standards matter” in an e-mail to the newsroom,according to the Toronto Star.

“If your gut tells you a story is problematic follow the instinct… Do not allow group think to take over. Speak up in a meeting even if it means – especially if it means – going against the flow,” Walmsley said, reminding not to unpublish stories.