Are white actors unemployed because of ‘ethnic castings’ for TV Pilots? Deadline apologizes 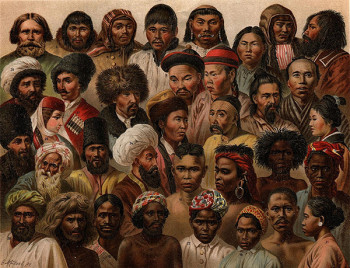 A coalition of national Latino, African American, Asian American and Native American groups issued a  statement denouncing entertainment news site Deadline.com’s article, “Pilots 2015: The Year of Ethnic Castings – About Time or Too Much of Good Thing?”

The report seemingly complained that white actors were having a hard time getting jobs as shown by all the hiring for TV pilots of “ethnic” actors.

The headline has since been changed to “Pilots 2015: The Year of Ethnic Castings,” with a note at the bottom of the article reflecting the change reading: “Note: The original headline on the story has been changed as it did not correctly reflect the context of the article.” Deadline didn’t say if it made any other changes to the article.

After much criticism, Deadline admitted that it didn’t “respond decisively” to the complaints via e-mail and comments, apologized for its trend story but then excused the intent of the article as to examine if the “uptick of TV pilot casting of people of color” over white actors was just a “fad.” Deadline co-editor Mike Fleming Jr. said the article’s author used the word ethnic because it’s “commonly used by casting agents.”

Fleming admitted that the headline “does not reflect the collective sensibility here at Deadline,” which views the diversity as “wonderful.”

The article, “Pilots 2015: The Year of Ethnic Castings – About Time or Too Much of Good Thing?” appears to suggest that white actors were having a hard time getting jobs because bosses prefer “ethnic” actors.

One of the entertainers and advocates slamming the article by TV editor Nellie Andreeva online included Shonda Rhimes, showrunner for hit ABC shows Grey’s Anatomy, Scandal and How to Get Away with Murder tweeted:

1st Reaction:: HELL NO. Lemme take off my earrings, somebody hold my purse! 2nd Reaction: Article is so ignorant I can’t even be bothered.

“Shame on Deadline for giving a platform to the prejudices of a few Hollywood agents who, under the cloak of anonymity, revealed themselves to be among the entertainment industry gatekeepers reluctant to change their unfair and exclusionary practices and make way for progress.”

”The inaccuracies and misconceptions the article put forth are patently offensive and reflect a larger problem of persisting racial and ethnic bias in the entertainment industry.”

iMediaEthics has asked the coalition for a response to the apology.

“The missteps were dealt with internally; we will do our best to make sure that kind of insensitivity doesn’t surface again here,” Fleming wrote.

Are white actors unemployed because of ‘ethnic castings’ for TV Pilots? Deadline apologizes