Aretha Franklin Not Suing over Satire Brawl story ‘at this time’ 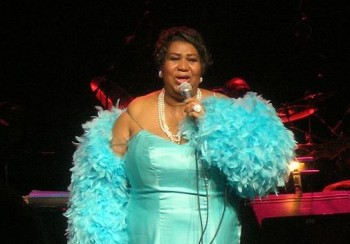 Aretha Franklin has decided not to sue website The News Nerd over its satire story claiming she was in a brawl with Patti LaBelle.
Franklin’s lawyer Arnold Reed just e-mailed iMediaEthics the following statement:
“We have made the decision to hold off on litigation at this time. The publication is running a more prominent disclaimer at the beginning of the article. As such, they have admitted that their publication is not credible. Therefore, litigation is not necessary to prove a point they have now admitted.”
As iMediaEthics has previously reported, Franklin’s lawyer Reed told iMediaEthics that he was retained to explore litigation against The News Nerd over its report saying LaBelle attacked Franklin in March. Reed called the story “garbage” and “blatant lies” in an interview with iMediaEthics.
We’ve reached out to The News Nerd via Facebook for comment about the news. When we tried to get a comment for our previous story about the potential litigation, we received a response from The News Nerd’s Facebook account calling us a “leech.”

Aretha Franklin Not Suing over Satire Brawl story ‘at this time’