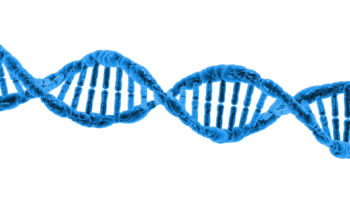 Live Science reported that 7 percent of astronaut Scott Kelly’s DNA changed when he was in space. But now, the science site is correcting its report with a March 16 mea culpa headlined, “We Were Totally Wrong About That Scott Kelly Space Genes Story.”

Live Science explained what really happened to Scott Kelly’s gene content was  a change in the “expression” of his genes. “It turns out that big changes in the expression of Scott Kelly’s genes occurred while he was in space, and 7 percent of those changes persisted after he returned to Earth, lead author Susan Bailey, a researcher at Colorado State University, who led the research on Kelly, told Nat Geo’s Nadia Drake,” Live Science‘s correction explained.

The Verge detailed the difference between gene expression and DNA:

“What’s causing the ruckus, though, is that NASA found a shift in the way that Scott’s genes were expressed. That’s an entirely different thing than seeing a change in a person’s DNA. Gene expression refers to how active a particular piece of DNA is. DNA produces little tiny messengers of information known as mRNA, which cells use to make proteins that carry out all of your body’s basic functions. Gene expression refers to how much mRNA a gene produces. So the DNA stays the same; it’s just behaving differently.”

Live Science‘s original article has been updated with an editor’s note pointing to the new story explaining what went wrong. One of its editor’s notes reads: “Editor’s Note: This story was corrected to note that Scott Kelly’s gene expression changed by 7 percent in space, rather than his genetic code.”

iMediaEthics has written to Live Science to ask how the mistake occurred. Managing editor Jeanna Bryer responded, “I think it was likely a combination of a poorly written press release, no published scientific study to corroborate information and lack of communication with the authors of the research that led to the errors in the article.” She noted that Live Science corrected its original article yesterday.

What? My DNA changed by 7%! Who knew? I just learned about it in this article. This could be good news! I no longer have to call @ShuttleCDRKelly my identical twin brother anymore. https://t.co/6idMFtu7l5