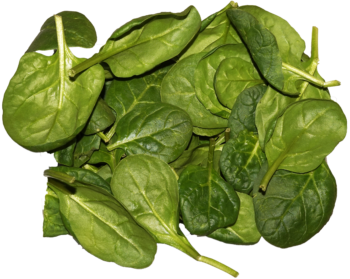 The Times of London forgot to include spinach in a list of ingredients for a recipe for spinach and pork, so if you read the original recipe, you might have been left wanting. The correction reads:

“The recipe for pork and spinach with lemon mash (Dinner tonight, Nov 27) omitted spinach from the ingredients; 150g of young spinach is required.”

Vladimir Putin is president of Russia. An editing mistake misidentified Mr. Putin in an earlier version of this article. (Nov. 29)

3. The Times of London may have caused a little family drama with an October obituary that claimed the deceased had an affair before her husband died and took part in “political seduction.” But, the families for both sides complained, prompted the Times to post a correction saying their relationship didn’t start until after the deceased’s husband’s died and both parties were single.

“The obituary of Baroness Hollis of Heigham (Oct 24) suggested incorrectly that she and Lord Howarth of Newport had an affair before her husband died. We also said that Lady Hollis was blamed by some in the Conservative Party for the “political seduction” of Lord Howarth into joining the Labour Party. The families have asked to have it put on record that Lady Hollis and Lord Howarth became friends in 1992, but did not begin their relationship until 1999, after her husband had died and Lord Howarth was divorced, and that they did not discuss his decision to leave the Conservative Party and join Labour until after the event. We are happy to do so, and apologise for any distress caused to both families.”

News outlets must check and not rely only on a single tweet for a story. The Express published an article in October that claimed to be a picture of the Swiss border, indicating there was only one sign there, and that the border between Northern Ireland and the Republic of Ireland could look the same.

But the sign in question showed a road that isn’t a border crossing and that Switzerland and France are in the Schengen area. In a Nov. 23 correction, the Express admitted it was inaccurate. The correction reads:

“On 22 October we published an article headlined “What border problems? MP tweets photo of Swiss border with just ONE sign.” The article focused on a Tweet posted by Conservative MP Chris Philp.

“His post read “This is what EU Customs Union border can look like – Flughafenstrasse in Basel on Swiss (not in CU) French (in CU) border… There are technical solutions to ensuring no hard border NI/RoI.” The post contained an image of a road which showed a sign but no hard board, check-point or security.”Based upon this Tweet our article then said ‘This is just like how the Northern Ireland and Republic of Ireland border can be under the Prime Minister’s chequers plan but the EU want a “hard” border if Northern Ireland leaves the customs union.’

“In fact the picture which Mr Philp Tweeted is not a road which is a border crossing. Traffic crossing between Switzerland and France passes through official boarder points and is subject to checks. It should also be highlighted both countries are members of the Schengen area which means whilst goods are checked at border points people are not. It was therefore incorrect to state ‘This is just like how the Northern Ireland and Republic of Ireland border can be…’.

“We are happy to set the record straight.”