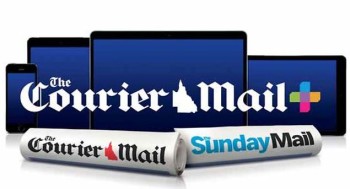 iMediaEthics wrote last October about the Australian newspaper’s coverage of transgender woman Mayang Prasetyo, apparently killed by her chef husband Marcus Volke, who was found dead from suicide. The newspaper headlined one article “Killed and cooked trans woman was high-class ‘shemale’ sex worker,” and another “Monster Chef and the She Male.”

The newspaper stood by its coverage, arguing it “had no intention of diminishing the value of Mayang’s life, or to add to the grief being felt by her family.”

According to the press council’s ruling, the Courier Mail argued its coverage was in the public interest and newsworthy.

“The publication said that this murder suicide was one of the more gruesome crimes in the state’s history and of significant public interest,” the press council reported. “It said the police had examined details of the victim and her partner’s background, including their sex work, as part of the investigation into the murder and as such, these were legitimate matters to report.”

The Courier Mail said it got its photos from Prasetyo’s Facebook page.

The Courier Mail also told the press council that it “published a number of letters and articles critical of the publication including a lengthy comment piece from the Transgender Support Association of Queensland.”

Further, the newspaper pointed to its Oct. 25 editorial saying it didn’t intend “intentional offence” and apologized. It also said it trained staff about reporting on transgender issues, including by referencing Poynter’s “Nine ways journalists can do justice to transgender people’s stories.” The press council said it “commends” those steps.

The press council ruled that the coverage was “gratuitous” and caused “substantial offence” that “was not sufficiently warranted in the public interest.”

The council added, “For the same reasons, Ms Prasetyo’s death was presented in a manner that was not reasonably fair and balanced.”