Why Did Australian Newspaper publish Candidate's Address with Letter to the Editor? - iMediaEthics

Why Did Australian Newspaper publish Candidate’s Address with Letter to the Editor? 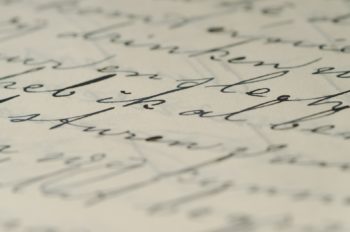 An Australian weekly newspaper violated the privacy of a local woman when it published her address with her letter to the editor, the Australian Press Council ruled.

The letter writer, named Michelle Goldsmith, explained to the press council that she had submitted letters to the editor with her phone number and physical address “for many years” but the paper never published either. (Newspapers have generally required letter writers to include this information for verification purposes only). Goldsmith wasn’t just a community member; she was running for office in the local elections.

Even though the paper, the Bendigo Weekly, never published her contact information before, which she expected, they did in June of this year with her “The Power of Voting” letter.

“When she saw that the letter had been published with her address, she was concerned that local members of certain groups opposed to positions she had taken publicly would know her home address,” the council reported. The paper agreed, after her complaints, to change the address attached to her letter on the paper’s website to her office address but defended the publication of her address in general, she said.

Interestingly, Goldsmith noted that another candidate for office had a letter published by the paper without including that candidate’s address, so she was concerned . The paper then told her that it had changed its policy on requiring addresses and apologized, but Goldsmith said she thought the press council should review the matter.

According to the press council, the Bendigo Weekly explained that it changed its policy because it realized it had misinterpreted the Australian Electoral Commission guidelines. The paper thought the June guidelines required it to publish addresses to square with guidelines about providing contact addresses for election material, but later realized it didn’t.

In addition, the Bendigo Weekly acknowledged it should have contacted Goldsmith to warn her of the then-policy to publish her address. Because the paper could have easily contacted Goldsmith to let her know about the publication of her personal address, the council ruled it was a clear invasion of privacy without any public interest.

The Bendigo Weekly is a free local newspaper in Victoria, Australia. The paper says on its website that it has a weekly circulation of 38,000.

iMediaEthics has written to the Bendigo Weekly and Goldsmith for further comment.

Why Did Australian Newspaper publish Candidate’s Address with Letter to the Editor?