Australian Politician Sophie Mirabella didn’t push someone out of photo 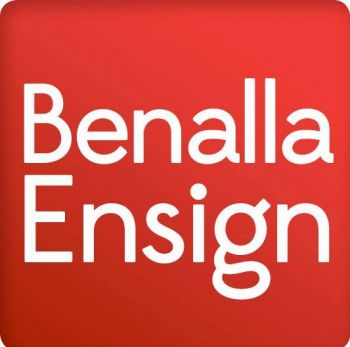 That was libelous, an Australian jury ruled in early May. Now, the newspaper must pay her $175,000 Australian in damages and her costs for the case, amounting to a total of almost $300,000 Australian (about $225,000 U.S.), the Australian Associated Press reported May 29.

“To be called someone who assaults other women, it was disgusting,” Mirabella said in court, calling the claims “the most gut-wrenching thing.”

The Ensign, a community newspaper, is based in Benalla, Victoria, Australia, more than two hours from Melbourne.

The Benalla Ensign‘s April 20, 2016 article was headlined, “Awkward encounter,” according to the Australian Associated Press. Mirabella said the the Ensign never contacted her before publication. The newspaper conceded the article was inaccurate six months after publication, the Guardian reported.

In an e-mail, Ross McPherson, the executive chairman of the McPherson Media Group, which publishes the Benalla Ensign, told iMediaEthics,  “This incident needs to be understood in the context of a bitter election campaign, in which Ms Mirabella was trying to claim back a federal seat traditionally held by Australia’s Liberal Party – with her as the member – from an Independent, Cathy McGowan, who had defeated Mirabella at the previous election.”

According to his e-mail, both Mirabella and McGowan were at an event and Mirabella “intervened to prevent McGowan and the minister having a photograph by physically restraining him from doing so.”

“Unfortunately our journalist, who was not present, relied on hearsay accounts of the incident which proved to be false,” McPherson wrote. “Her report said Ms McGowan had been pushed, whereas it was the minister being physically restrained.”
McPherson confirmed that the Ensign‘s journalist didn’t ask Mirabella for comment before publication, which he acknowledged was a “basic breach of standard procedure,”  and added that Mirabella’s “denial was published in the next issue of the paper, along with Ms McGowan’s statement that Mirabella ‘had intervened to prevent the photograph being taken.'” He continued, “The paper did publish an apology but it was delayed for some time, owing to the nature of the apology demanded by Ms Mirabella’s lawyers.”

In court, Mirabella’s barrister Georgina Schoff QC called the story “fake news,” adding “One of the strange things about this case is that there is no dispute that the defendants got this wrong,” according to The Guardian.  However, the newspaper and Price’s barrister David Gilbertson QC claimed it wasn’t “fake news,” arguing, “It is substantially true that Ms Mirabella pushed a politician to prevent him from having a photo being taken with Ms McGowan.”

Australian Politician Sophie Mirabella didn’t push someone out of photo