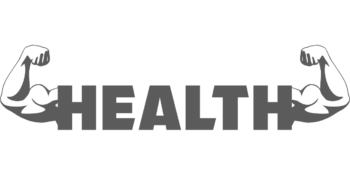 The Australian Daily Telegraph suggested that there was a link between same sex attraction in young people and bad health. That claim, in a July article, was offensive, the Australian Press Council ruled.

The article, “Fat chance of being healthy: Young Aussies have only themselves to blame,” was published in print and online and featured a graphic about Australian youths. That graphic, paired with the headline, listed the percentages of youths consuming alcohol “at levels posing a lifetime risk to health,” with “high or very high psychological distress,” who are “attracted to people of the same sex as them or to both sexes,” who have used illegal drugs, and who are overweight.

But, by including the percentage of youth attracted to the same sex, it suggested same-sex attraction is unhealthy, the Psychoanalytic Psychotherapy Association of Australasia argued to the press council.  In its complaint, the association said that the graphic was problematic because it could cause “health concerns such as increased suicide risk.”

The Telegraph defended its graphic as reporting accurately from a government report, The Youth Health Framework 2017-2024, and added that the report flags that “LGBTI young people are at a higher risk of poorer mental health, and that sexuality is one of the demographic factors which may impact how young people approach and manage their health,” the press council reported. The Telegraph also said the headline about “Young Aussies have only themselves to blame” was directed toward the information about diet and obesity and not sexual identity. Further, the Telegraph noted that the the newspaper tweeted to clarify that the headline wasn’t related to the sexual identity.

“The Council also considers that there is a significant difference between reporting on same-sex attraction as a demographic factor which may affect young people’s mental health, as referred to in the NSW Youth Health Framework, and reporting it as a lifestyle-related health factor such as poor diet and drug use,” the council explained.  By doing so, the Telegraph offended readers.

Further, the newspaper’s tweeted response to criticism that it linked same-sex attraction to bad health didn’t accept responsibility and instead “attributed the impression to readers having misconstrued the article,” the council found. As such, the Telegraph failed to provide “adequate remedial action.”