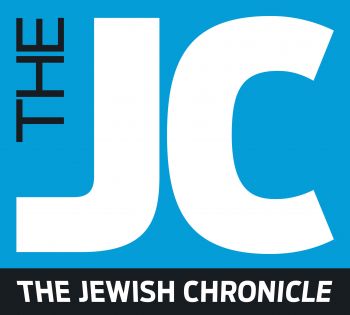 The London-based weekly Jewish Chronicle claimed a UK man named Mike Sivier was a Holocaust denier. But, Sivier says he doesn’t deny the Holocaust happened and accused the newspaper of distorting his comments.

The Jewish Chronicle’s Feb. 2018 article was headlined, “Labour readmits member following ‘antisemitic’ remarks on Jews and Zionism.” In the story, the Chronicle, which identifies itself as “the world’s oldest and most influential newspaper,” reported that Sivier said on his website “I don’t know…whether thousands or millions of Jews died in the Holocaust,” but Sivier complained to the press regulator the Independent Press Standards Organisation that his “don’t know” referred to why a leaflet claimed only thousands died in the Holocaust.

“A commenter on the website had been listing incidents of anti-Semitism on the Left, and had referred to a leaflet which he said omitted Jews from a list of Holocaust survivors, and put the number of deaths from the Holocaust at thousands, rather than millions,” IPSO explained. “In response to a comment about the leaflet, the complainant had said ‘I’m not going to comment on ‘thousands’ instead of ‘millions’ because I don’t know, but the Nazi holocaust involved many other groups as well as Jews, and it seems likely that the SWP was simply being ‘politically correct’’. He said he was referring to not knowing why the leaflet made this claim, rather than to not knowing the number of Jews who died.”

Regarding other  claims in the article, Sivier was upset that the Chronicle reported

In response, Sivier said the Blair comment was misleading, and he was responding to a commentator with the remark “I would point out that (without further information) concerns that Tony Blair was being ‘unduly influenced’ by a ‘cabal of Jewish advisers’ may have been entirely justified.” He also said his book’s defense of Livingstone was only in context of Livingstone’s defense of a Parliament member and not anti-Semitic.

After Sivier complained, The Jewish Chronicle edited its article to note Sivier denies being a Holocaust denier, but stood by its interpretation of Sivier’s remarks.

Despite that, IPSO ruled that the Chronicle erred by reporting it thought Sivier was a Holocaust denier because it didn’t “make clear that it was reporting the publication’s interpretation of” Sivier’s comments, IPSO said. “The article gave the impression that the complainant had said something which he had not, on a subject liable to cause widespread offence; a clarification was required,” IPSO reported.

On the other hand, IPSO rejected Sivier’s complaints about the Chronicle‘s reporting on his book and response to Tony Blair comments, because it was accurate.