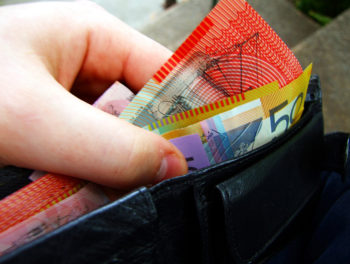 Australia’s Yahoo7 was fined $300,000 Australian ($230,000 U.S.) for contempt of court after it published a report last summer that ended with a murder mistrial. Yahoo7 is “an entertainment and lifestyle portal” affiliated with Channel 7.

As iMediaEthics previously reported, Yahoo7’s Krystal Johnson published an article on the Yahoo7 website about the case of Mataio Aleluia, accused of murdering his girlfriend, Brittany Harvie. However, Johnson’s August 18, 2016 article included information, such as a Facebook post, that the jury didn’t know about. This journalistic breach led to the discharge of the jury and the expense of a second murder trial. (When the case was re-tried, Aleluia was found guilty.)

Justin Quill, Johnson’s lawyer, said at the time that she made the mistake because she forgot the case was in front of a jury and, further, she posted it on the website without alerting her editors. iMediaEthics has contacted Quill and Yahoo7 for more information.

This past week, Yahoo7 was fined the hefty fee, with the judge, Victorian Supreme Court Justice John Dixon, calling it a “real and financial imposition” for its “intolerable” actions. Johnson, 23, was only given a “two-year good behaviour bond,” the Australian Associated Press reported.  That means: if she stays out of trouble for two years, the contempt charge will be dropped. The contempt charge could have ended in jail time, according to the Age. Johnson’s LinkedIn page indicates she is still working for Yahoo 7.

“Commercial pressures, such as meeting deadlines and ensuring there is immediacy regarding the reporting of current affairs, and incentives in the form of larger audiences and substantial profits were at the forefront of Yahoo7’s considerations,” Justice Dixon said, The Age reported. He also remarked that Yahoo7 had “primary responsibility for the contempt” and that “Johnson’s mistake was readily foreseeable.”

“Yahoo7 would like to unreservedly apologise again for any distress caused to the victim’s family and friends.

“We would also like to again apologise for any inconvenience caused to the court and police. Yahoo7 respects the decision of the court today and has taken steps to enhance the editorial processes that it has in place.”

Yahoo7 has made several changes since the incident, according to The Age: Yahoo7 now requires anyone reporting on court cases to actually be in court; all court stories are vetted by lawyers before they are published; an additional editor has been hired and all staff members have been trained on this issue.