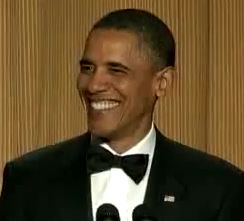 In a June 23 speech, President Barack Obama incorrectly named soldier Jared Monti as the first person he had given the Medal of Honor to in person instead of posthumously, the Los Angeles Times reported.  Monti, who died during combat in Afghanistan in June 2006, was given the award posthumously at a 2009 White House ceremony, according to the Boston Globe and the White House.

Even though two of the three major networks’ evening news programs — NBC and CBS — reported on Obama’s speech, they did not address the error, conservative media watchdog Media Research Center wrote in a June 24 report.  ABC’s World News with Diane Sawyer didn’t report on the speech.

Obama has since apologized for his error.