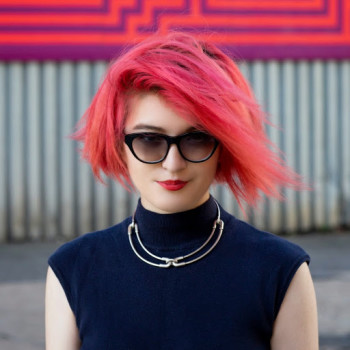 Arabelle Sicardi announced she’s quitting BuzzFeed this week days afer the site deleted and then re-instated one of her articles.

Sicardi had blogged about Dove’s new ad campaign. BuzzFeed deleted her post saying it was “not consistent with the tone of BuzzFeed Life.” Gawker pointed out that Dove parent company Unilever is a BuzzFeed advertiser

BuzzFeed editor-in-chief Ben Smith first defended the deletion, saying Sicardi’s editors took the post down because it lacked evidence from other voices in criticizing the ad campaign, and not because of advertising concerns.  Later, Smith re-posted Sicardi’s article, admitting “I blew it” by having editors delete her post.

“Sadly Arabelle has decided to move on to pursue other ventures,” BuzzFeed style editor Julie Gerstein confirmed in a memo, the Wrap reported. “We are deeply sad to see her go, and will miss her, but we know she is going to do amazingly cool projects and insightful, passionate work in the future.”

Sicardi tweeted about quitting BuzzFeed with a GIF of Rihanna.

My formal statement on my leaving BuzzFeed: It’s been real. pic.twitter.com/PUr7Kbsg64

Gawker posted the full memo from BuzzFeed about Sicardi’s quitting.