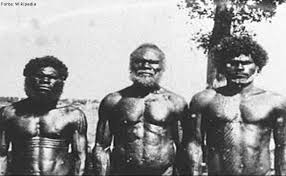 “Look at any study of Canadian media coverage of Aboriginal Peoples and you will see the many words that indict journalists: ignorance, indifference, denial, colonialism, ethnocentrism, cultural chauvinism, bias, discrimination, racism,” English noted.

English’s comments were sparked by the June report from The Truth and Reconciliation Commission of Canada. The report says that in “in dealing with Aboriginal people, Canada did all these things” associated with cultural genocide by taking Aboriginal land,  harming the interest of Aboriginal peoples in treaties, replacing their governments, and ultimately preventing Aboriginals from keeping their culture.

The commission called out the media for its coverage.  “Media coverage of Aboriginal issues remains problematic; social media and online commentary are often inflammatory and racist in nature,” the report stated, noting the media should be knowledgeable about Aboriginal Peoples.

“The call to action to Canadian journalists is clear: The media has a role and responsibility in reporting on and reflecting the realities of Aboriginal issues and in creating greater understanding for all Canadians of this shared history and its continuing legacy,” English wrote, pointing to Canadian organization Journalists for Human Rights (JHR), which is helping train Aboriginal journalists.

The group “launched a program to train and mentor Aboriginal journalists in Northern Ontario so that they can better tell their own stories, both within their own communities and throughout Canada in mainstream media,” English explained.

According to the JHR website, the group has a total of four journalism trainers training indigenous peoples in Canada who “will live in their host communities for eight months and will provide skills training and mentorship to community members who want to pursue careers in journalism.”

iMediaEthics called JHR this month to learn more about its work.

Robin Pierro, the senior programs manager, told iMediaEthics that JHR’s work “is essentially training reporters on how to cover human rights issues.” The group started its work in sub-Saharan Africa and recently began working in the Middle East and Canada.

JHR sends “journalism trainers to work with local reporters and train them in the basics of journalism, and how to cover human rights, how to reference international and local laws in their stories, create awareness about human rights issues among news consumers and call government to account.”

The Indigenous Reporters’ program started last year and will run through 2017, Pierro said. The “two overarching goals” are getting “more Indigenous voices in Canadian media” and teaching non-Indigenous reporters about Indigenous issues and history.

“A lot of times, reporters aren’t really aware of all the complexities and there are certain stereotypes that get reinforced,” Pierro explained.

Miles Kenyon, the coordinator for the Indigenous Reporters program, laid out some of the best practices and needs for journalists covering Indigenous issues, including understanding legislation and history of the area. “If we’re talking about a treaty dispute or a land dispute,” he pointed out, the story needs the context and history of what led to it.

Journalists also need to be more careful with terminology. “We’re not getting our words right,” he said, “not doing our due diligence to make sure we’re adequately identifying” communities.

And, journalists need to develop a relationship with communities and their members, he said. “If journalists are only coming into communities when they are in celebration mode or crisis mode, they aren’t telling the full breadth” of these stories.

So far, the “response is phenomenal,” Pierro said of the group’s work in communities. “People want to tell their own stories,” she said, explaining “it’s not about telling other people’s stories, [but] about them telling the stories.”

The trainers are “not here to report, we’re here to help you report,” Pierro said.

Check out the Truth and Reconciliation Commission in Canada’s report here.

Sylvia Stead, the public editor for the Globe and Mail, also commented on the report’s release.