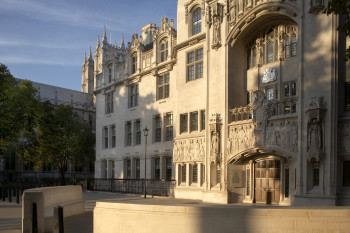 The celebrity using the pseudonym PJS is still fighting to prevent the press in England and Wales from naming him with allegations of an extramarital affair. This morning, the UK Supreme Court is holding a hearing on whether to allow the celebrity injunction banning publication to remain or be lifted.

Nearly four hours after the hearing started, the court said “the order made by the Court of Appeal…will continue” until the Supreme Court makes a decision, which it said would be made as quickly as possible.

iMediaEthics has been watching the hearing, which started at 9:30 AM in London. This is what has been argued so far this morning:

“The need for the protection of information and the identity of the claimant may have been diminished, but it has not been extinguished,” Browne said. 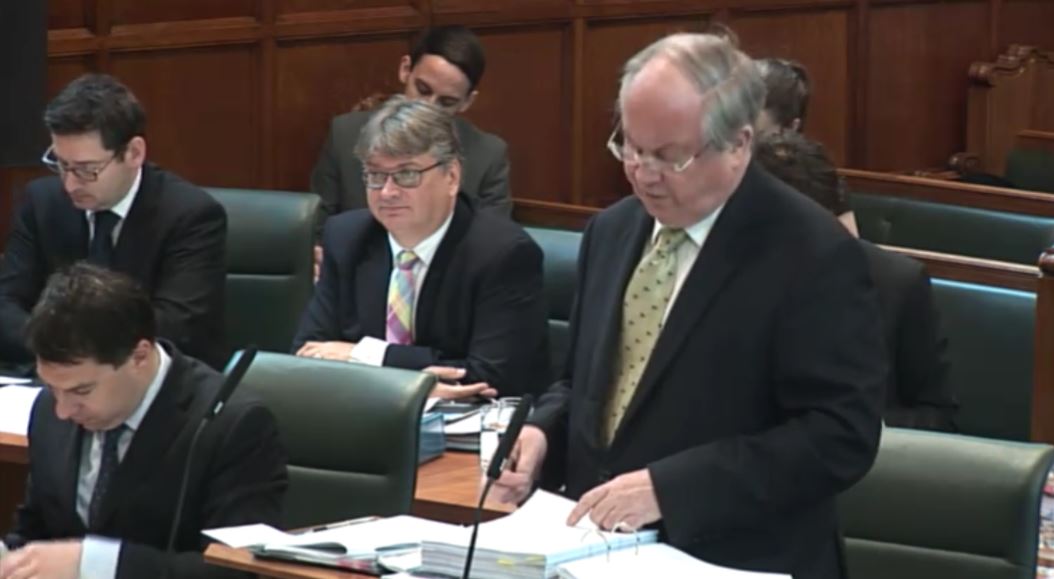 Desmond Browne arguing in the Supreme Court this morning.

Browne pointed to PJS’s two children and said that it was important to “protect them from harassment” currently and in the future.

Even if the children “inevitably learn,” Browne said it was important to maintain “the rights of PJS as a parent to determine in conjunction with his spouse when and how the children will learn.”

Browne said the media “stirred up” the social media debate over the injunction and that the Sun and the Mail “went to town” on reporting the international coverage of the allegations.

If the injunction is lifted, Browne said PJS will have the “worst of both worlds” because the allegations of the affair and his identity will be revealed to the public.

Browne laid out three reasons he said the Supreme Court should handle the case:

Arguing for the Sun, Gavin Millar commented, “This is not an easy issue,” and pointed out that the Sun and the Mail weren’t the only ones featuring coverage of the injunction battle. “The media as a whole was discussing this issue,” he said.

“This is not something a court can prevent. The process continues over a period. One type of dissemination feeds the other,” Millar said of the allegations spreading online via social media.

“Once a story has currency on the Internet it does become” conversation in real life, Millar added.

Millar argued that moving forward, whenever people discuss privacy or injunction cases in the UK, the case of PJS will come up. In response, he was asked about Browne’s claim that PJS’s representatives have gotten search engines to remove links to stories published by outlets outside of England and Wales that name him. However, Millar pointed out that there still will be circulation on social media and compared removing links and stories to trying to plug a hole when more will just pop up.

Millar also noted that the Sun “has tried not to break the injunction” and been careful to follow the guidelines.

Millar said the Sun came before the court again because the information is now in the public domain but the newspaper is still gagged from publishing the identities.

According to Millar, the main argument that the story is in the public interest is that PJS and YMA are presenting a “false public image.”

“There are interim prior injunctions that have to fail,” Millar remarked.

“Allowing the name of the claimant to be published now would be unfair” given the media discussion of the details of the allegations, Browne added.

Reporting restrictions on the live video feed of the hearing states:

“There is an injunction in place in this case to protect the identity of those involved. These restrictions apply to members of the public using Twitter or other social media channels in the same way as they do to professional journalists.”

As iMediaEthics previously reported, a celebrity couple using the pseudonyms PJS and YMA secured an injunction to prevent the media from naming them in reports about an alleged affair. PJS is accused of having “occasional sexual encounters starting in 2009” with “AB” and later a “three-way sexual encounter” between PJS, AB and AB’s partner CD. AB told the Sun on Sunday in January about the alleged affair but PJS got the celebrity injunction before the media could name him.

The UK Court of Appeal ruled earlier this week the injunction should be lifted but allowed time for PJS and YMA to appeal the case to the Supreme Court.

UPDATED: 4/21/2016 6:30 AM EST iMediaEthics is updating this article as the hearing continues.